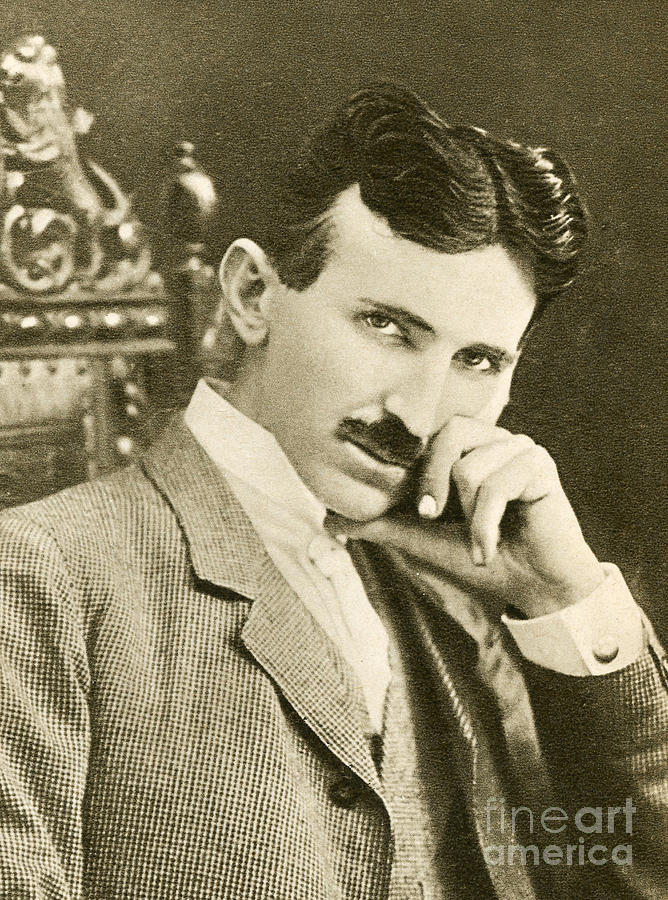 Nikola Tesla, Serbian-american Inventor is a photograph by Photo Researchers which was uploaded on March 14th, 2013.

Nikola Tesla (1856-1943) was a Serbian-American inventor, mechanical engineer, electrical engineer, and futurist. He was an important contributor to... more

Nikola Tesla (1856-1943) was a Serbian-American inventor, mechanical engineer, electrical engineer, and futurist. He was an important contributor to the use of commercial electricity, and is best known for developing the modern alternating current (AC) electrical supply system. Because of his 1894 demonstration of short range wireless communication through radio and as the eventual victor in the "War of Currents" (Tesla vs. Edison), he was widely respected as one of the greatest electrical engineers who worked in America. He pioneered modern electrical engineering and many of his discoveries were of groundbreaking importance. He had an eidetic memory and was a polyglot; he spoke Czech, English, French, German, Hungarian, Italian, and Latin. He was known for his great showmanship, presenting his innovations and demonstrations to the public like a magician. Tesla was a life long bachelor who may have suffered from obsessive-compulsive disorder. He did things in threes, and was adamant about staying in a hotel room with a number divisible by three. Tesla died on January 7th, 1943 at age 86 from heart thrombus, alone in room 3327 of the New Yorker Hotel. Later that year the Supreme Court of the United States credited him as being the inventor of the radio.

Einstein was once asked how it felt to be the smartest man alive. Einstein's reply was "I don't know, you'll have to ask Nikola Tesla." Brilliant man, my hero!