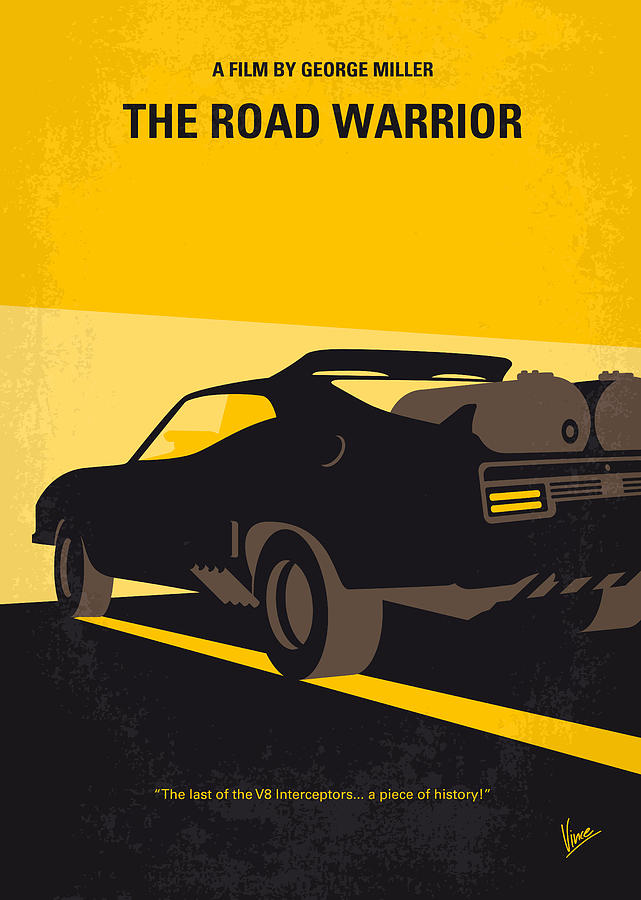 No051 My Mad Max 2 Road Warrior minimal movie poster is a piece of digital artwork by Chungkong Art which was uploaded on August 22nd, 2014.

In the post-apocalyptic Australian wasteland, a cynical drifter agrees to help a small, gasoline rich, community escape a band of bandits.

Storyline
Roaming the highways of post-apocalyptic Australia, years after he avenged his wife and son and his partner who were murdered by the motorcycle gang led by the evil Toecutter. Burnt out former Australian policeman Max Rockatansky, now known as "The Road Warrior" searching for sources of fuel, stumbles upon a gasoline refinery home to a community of survivors who are struggling for survival and finds the community is being terrorized by a band of brutal motorcyclists led by The Humangus and his finest warrior, Wez, who bid to loot all the gasoline from the refinery for themselves. The community hires Max, as Max agrees to help the community transport the gasoline across the highway and fight for freedom, as they are pursued by the Humangus and his warriors.