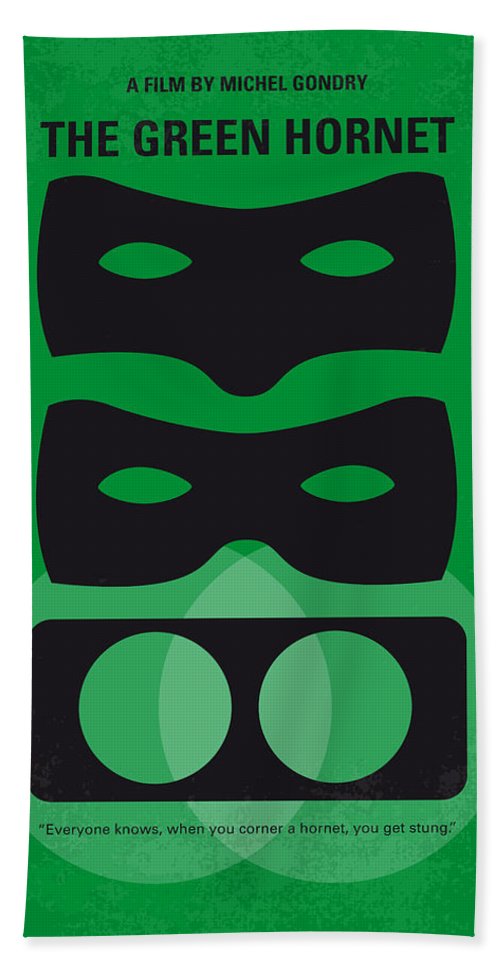 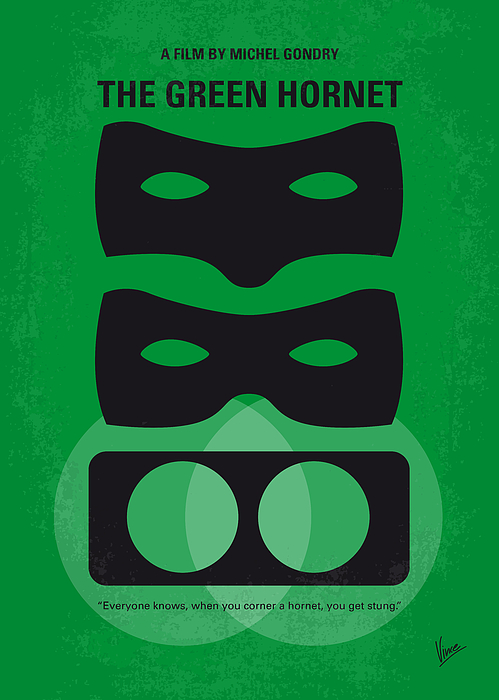 No561 My The Green Hornet minimal movie poster Hand Towel

Following the death of his father, Britt Reid, heir to his father's large company, teams up with his late dad's assistant Kato to become a masked... more

Following the death of his father, Britt Reid, heir to his father's large company, teams up with his late dad's assistant Kato to become a masked crime fighting team. Director: Michel Gondry Stars: Seth Rogen, Jay Chou, Christoph Waltz Storyline When news magnate James Reid dies, his son Britt and chauffeur Kato, resentful of Reid's slights, vandalize a graveyard statue. By chance, they also rescue a couple from thugs, but TV reports the vandalism, not the heroism. Britt, thinking he's a genius while relying on Kato's mechanical and kung-fu skills, decides to be a superhero, the Green Hornet, and use his father's paper to play up the bad-guy elements. The reporting on the Hornet upsets LA's DA, who's up for reelection, and the city's real crime boss, Chudnofsky. Plus, how long will Kato suffer in silence, when he has all the skill? Competition for the affection of Britt's assistant, Lenore, brings things to a head.