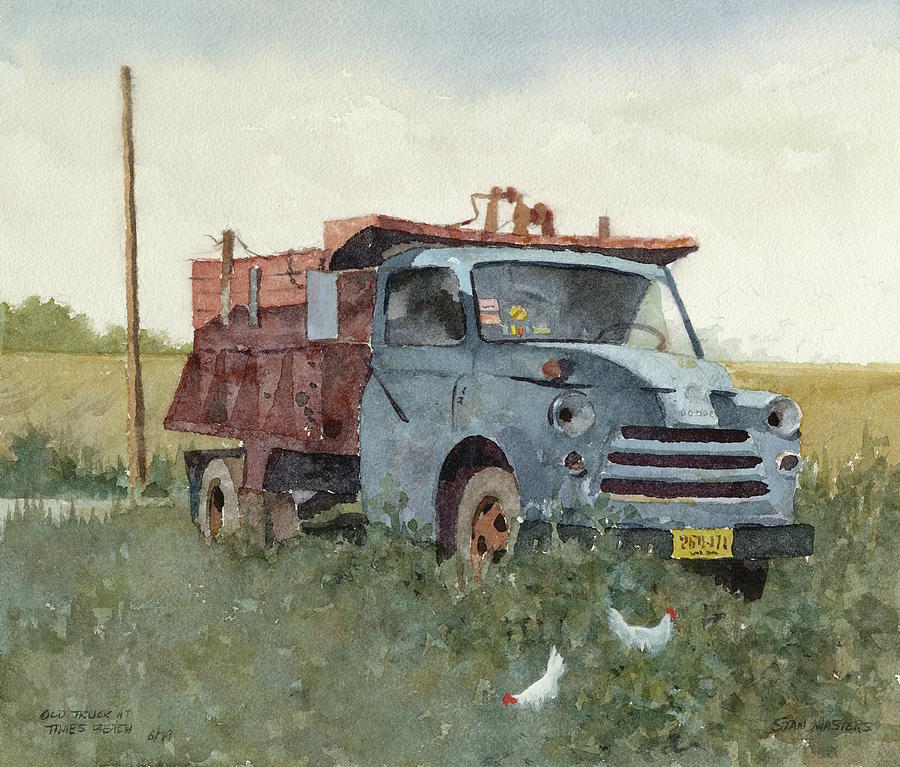 Old Truck at Times Beach is a painting by Stan Masters which was uploaded on April 21st, 2020.

This piece is not for sale.   Please feel free to contact the gallery directly regarding this or other pieces.

Old Truck at Times Beach, painted in 1979, depicts an abandoned 1956 Dodge dump truck. The blue cab and red box reinforce the ‘Americana’ feel of the picture. The colorful windshield stickers attest to its many years of service while the empty headlight sockets confirm its dereliction. The enigmatic wooden pole, a common device employed by Masters and perhaps borrowed from Edward Hopper, adds variety and interest to the composition. The foraging chickens animate the scene, while the yellow license plate subtly connects the truck to the golden fields beyond.

Times Beach, pop. 2,000, was a small town in rural Missouri situated on Route 66. In the early 1980s, it became the site of one of the most notorious environmental disasters in the nation’s history when the EPA discovered dioxin contaminated oil had been sprayed on the roads. The residents were evicted and their homes demolished. In 1999, after a massive cleanup, Times Beach was reborn as Route 66 State Park. Complete with a visitor's center, picnic area and trails, it stands today, like Old Truck, as a memorial to America’s beloved Mother Road.