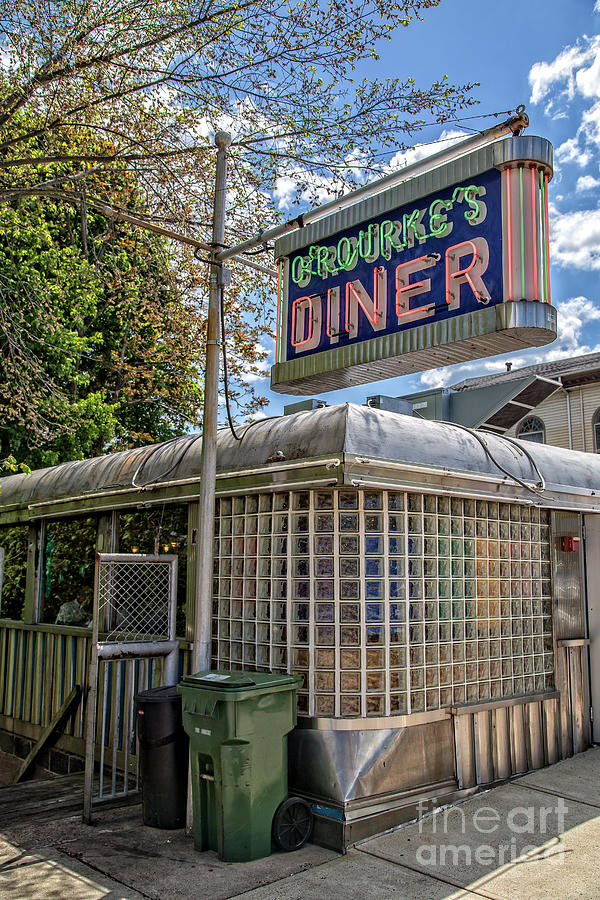 ORourkes Diner Middletown Connecticut is a photograph by Edward Fielding which was uploaded on May 21st, 2014.

The hallmark of the north end of Middletown, Connecticut's main street, O'Rourke's Diner. Fine art photography by Edward M. Fielding - www.edwardfielding.com
...
The diner was established in 1941 by John O'Rourke, who later brought the 1946 Mountain View diner car that anchored the diner's distinctive appearance into Middletown. John's nephews, John and Brian bought the diner in 1976. In 1986, due to corrupted business practices John sold his half share of the diner to his cousin Brian.

On August 31, 2006, O'Rourke's Diner suffered tremendous damage from a fire that broke out after a hamburger steamer was left on overnight. Because the diner did not have fire insurance, fundraising efforts were launched to cover the estimated $350,000 cost of repairs. By June 2007, $180,000 had been raised and preparations for reconstruction were underway. On February 11, 2008, following successful renovations which included assistance from the local community and Wesleyan University, O'Rourke's was reopened at 5:00 am.

Thanks to my buyer of a greeting card of O'Rourkes Diner Middletown Connecticut from Franklin, OH. Enjoy!