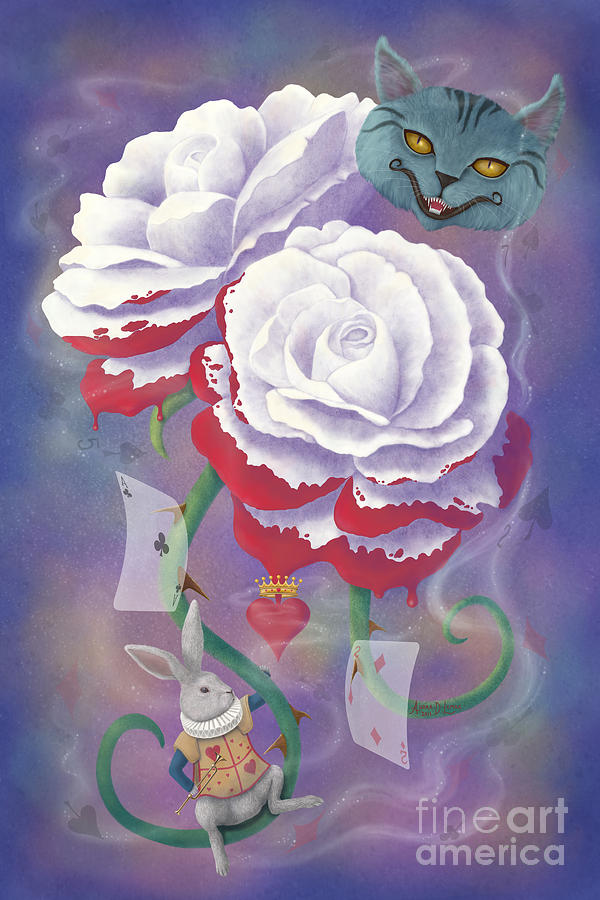 Painted Roses for Wonderland's Heartless Queen is a piece of digital artwork by Audra Lemke which was uploaded on May 9th, 2012.

Note: Watermark will not appear in the printed image!... more

Note: Watermark will not appear in the printed image!
This is a digital painting (plus some use of the pen tool, my own textures, warping, and blending) inspired by Alice's Adventures in Wonderland. Copyright 2011 Audra D. Lemke (a.k.a. ArtByAud).

At the Queen of Hearts' garden, Alice met three card gardeners (Five, Two, and Seven of Spades) who curiously were painting white roses red. They had planted a white rose-tree instead of a red one, as expected by the Queen, and feared that she would cry 'off with your heads!' A thorny dilemma...

Shortly afterwards, the Queen of Hearts arrived with her procession, including the White Rabbit. A croquet game is started, and the Cheshire Cat's head appeared above Alice.

Thank you so much, Pamela!

Wonderful work, Audra. Vote and vote in the contest as well. :)

Thank you so much, Kristin!!!!

Thank you for your supportive comments, Sorin!

Your work is beautiful, Audra! V/F

Thank you so much Natalie! :-)