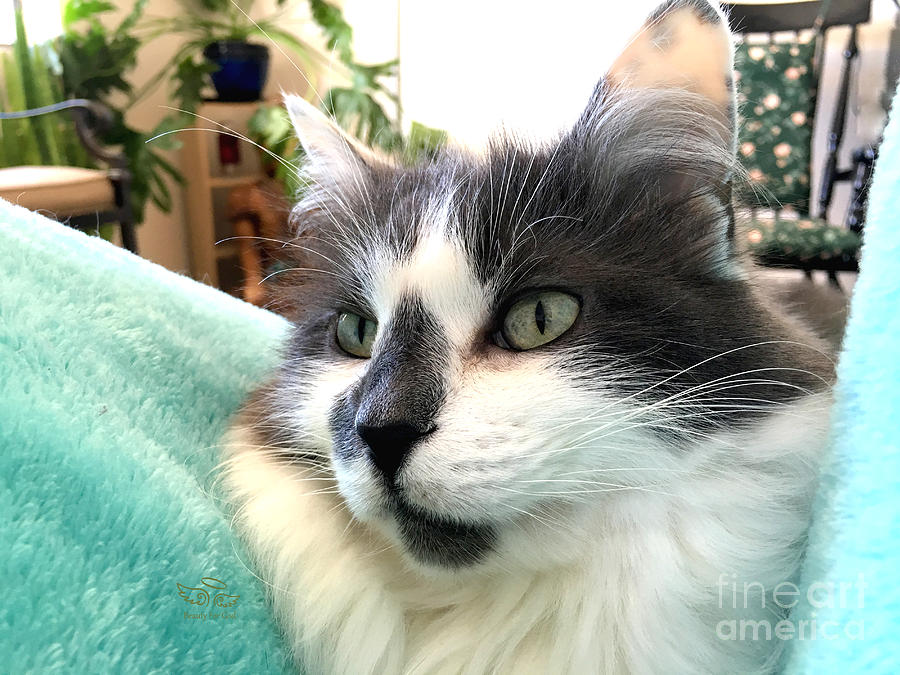 Peaceful Brian is a photograph by Beauty For God which was uploaded on January 25th, 2016.

PEACEFUL BRIAN. Brian is a rescue cat who spent 6 months in a cage with his sister when his owner became sick and died. Afraid, after experiencing... more

by Beauty For God

PEACEFUL BRIAN. Brian is a rescue cat who spent 6 months in a cage with his sister when his owner became sick and died. Afraid, after experiencing life after cage and the run of his new home, Brian now sits comfortably and soaks up the love of his new owners. The Maine Coon is among the largest domesticated breeds of cats. It has a distinctive physical appearance and valuable hunting skills. It is one of the oldest natural breeds in North America, specifically native to the state of Maine, where it is the official state cat.

Although no records exist regarding the Maine Coon's exact origins and date of introduction to the United States, there are multiple competing theories. The breed was popular in cat shows in the late 19th century, but its existence became threatened when long-haired breeds from overseas were introduced in the early 20th century. The Maine Coon has since made a comeback and is now one of the most popular cat breeds in the world.

The Maine Coon is a large and sociable cat, hence its nickname, "the gentle giant". It is characterized by a robust bone structure, rectangular body shape, a silky flowing coat and a long, bushy tail. The breed's colors vary widely, with only lilac and chocolate disallowed for pedigree. Reputed for its intelligence and playful, gentle personality, the Maine Coon is often cited as having "dog-like" characteristics. Wikipedia.

More from Beauty For God