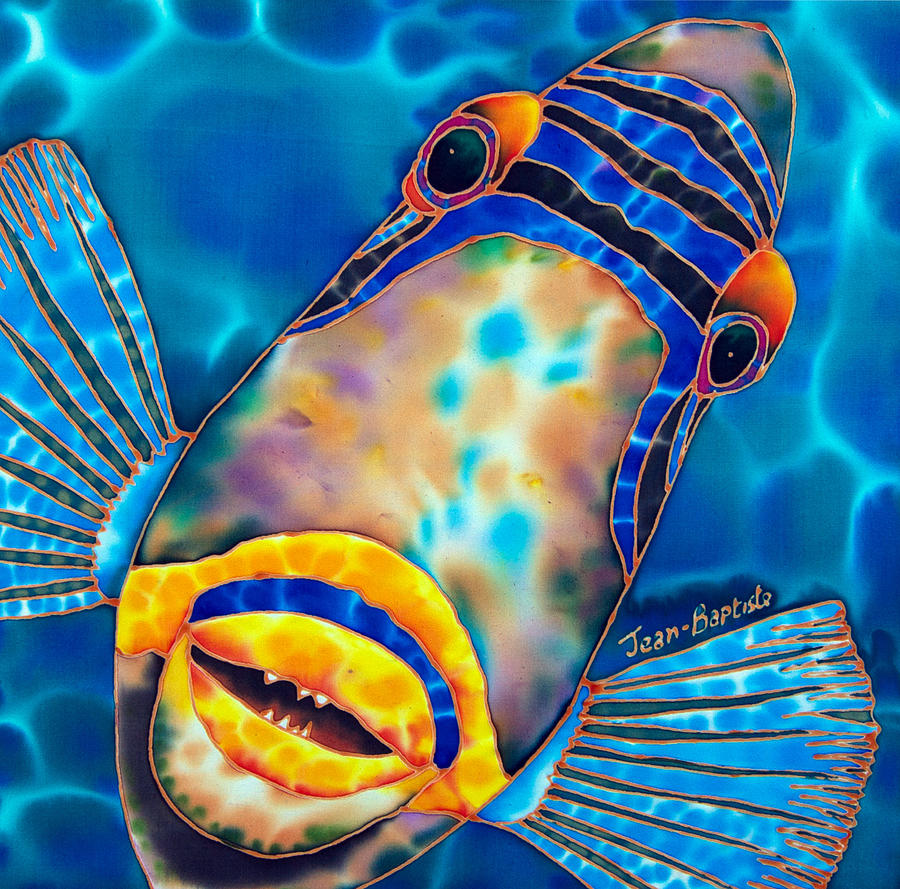 Picasso Triggerfish is a painting by Daniel Jean-Baptiste which was uploaded on January 22nd, 2015.

This Picasso triggerfish is enjoying the warm South Pacific Seas. It comes close to the surface to who is looking into the water.

A big thank you to the buyer from Ormond Beach.

I would like to thank the buyer from Fort Walton.

Congratulations for the sale!

A big thank you to the buyer from Los Angeles.

A big thank you to the buyer from the USA.

Art is unquestionably one of the purest and highest elements in human happiness. It trains the mind through the eye, and the eye through the mind. As the sun colours flowers, so does art colour life....Congratulations on your recent sale of an amazing work

Thank you for the great comment, I am honoured.

Love this.....Congrats on your sale!

Great! Congrats on your sale!

Thank you, I enjoyed looking art your art, following you.

Thank you, love your collection, following you.

Awesome portrait!! and Congrats on your sale!!

Thank you. Your realistic paintings are amazing, following you.

A big thank you to the buyer from Washington.

Congratulations on your sale and happy holidays!

A big thank you to the buyer from Hawaii.

I am so pleased to have found your gallery. It is stunning, and you are a major talent. I shall follow you. like/f

Thank you, loved your collection, following you.

I would like to thank the buyer from London.

This is beautiful! I love your use of color. I can't tell you how many times I've attempted to photograph a Triggerfish head on like this. Congrats on your sale! L/F

Thanks, triggers are so colourful and expressive.