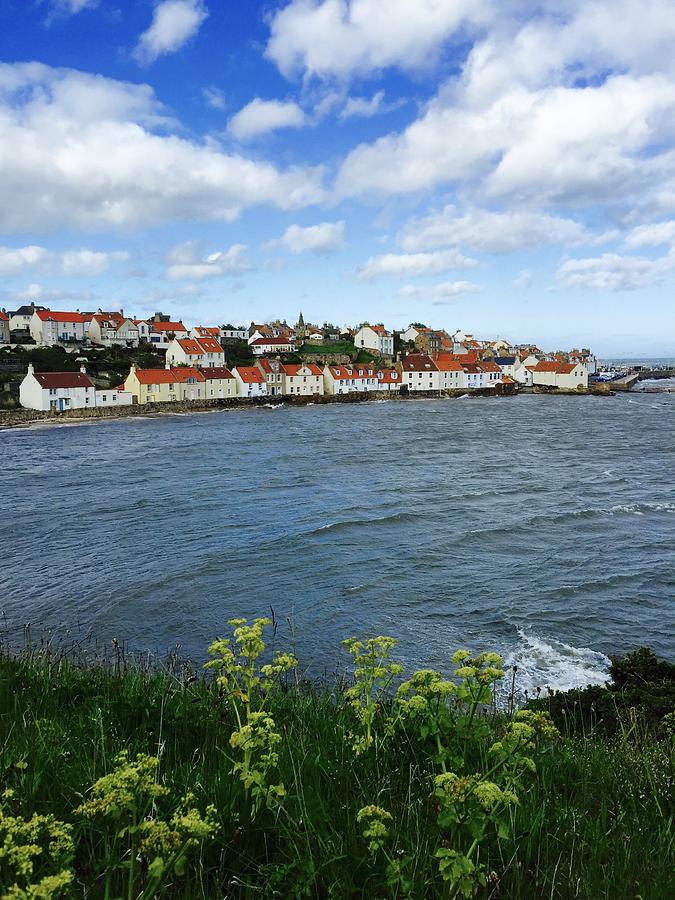 Pittenweem Village Fife is a photograph by Caroline Reyes-Loughrey which was uploaded on March 23rd, 2016.

Pittenweem Village Fife by Caroline Reyes-Loughrey Photography
Pittenweem is a small and secluded fishing village and civil parish tucked in the corner of Fife on the east coast of Scotland. According to the 2006 estimate, the village has a population of 1,600. At the 2001 census, the parish had a population of 1,747.
The name derives from Pictish and Scottish Gaelic. "Pit-" represents Pictish pett 'place, portion of land', and "-enweem" is Gaelic na h-Uaimh, 'of the Caves' in Gaelic, so "The Place of the Caves". The name is rendered Baile na h-Uaimh in modern Gaelic, with baile, 'town, settlement', substituted for the Pictish prefix. The cave in question is almost certainly St Fillan's cave, although there are many indentations along the rocky shores that could have influenced the name.

I wish I was here!

Charming seaside capture. Love the name of this village!

Such a delightful image!

Caroline, this is such a gorgeous portrait of Pittenweem! Just love the colors, details and composition of this beautiful image. Excellent balance of sky/clouds, buildings/land, water and foreground. Awesome photography! F/L