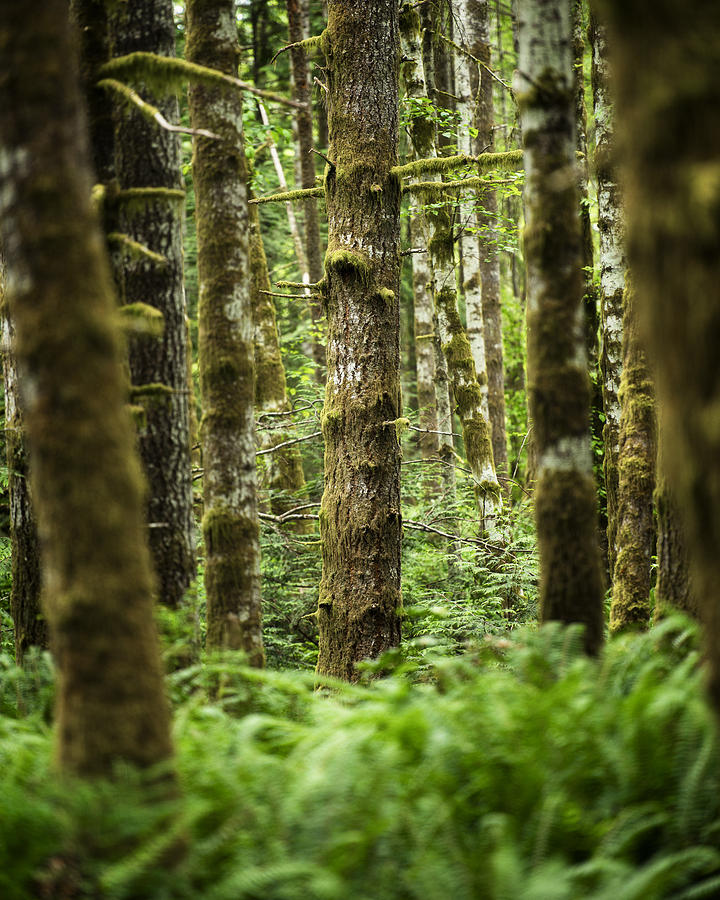 Portrait of the Rainforest is a photograph by Matt Hammerstein which was uploaded on July 8th, 2019.

Portrait of the Rainforest

Portrait of the Rainforest

Portrait of a temperate rainforest on the interior of Vancouver Island, Canada, near Campbell River. Vancouver Island is located in the southwestern corner of the province of British Columbia. It is separated from the mainland of British Columbia by Johnstone Strait and Queen Charlotte Strait on the north and northeast, and by the Strait of Georgia on the southeast, which along with the Strait of Juan de Fuca along its southwest separate it from the United States. West of the island is the open Pacific Ocean, while to its north is Queen Charlotte Sound.

The Vancouver Island Ranges run most of the length of the island, dividing it into a wet and rugged west coast and a drier, more rolling east coast. The highest point in these ranges and on the island is the Golden Hinde, at 7,201 ft. Located near the centre of Vancouver Island in Strathcona Provincial Park, it is part of a group of peaks that include the only glaciers on the island, the largest of which is the Comox Glacier. The west coast shoreline is rugged and in many places mountainous, characterized by its many fjords, bays, and inlets. The interior of the island has many lakes and rivers.

Woodland can be hard to photograph well, but the vivid greens of the temperate rainforests of Vancouver Island make it a little easier. These forests truly feel ancient when hiking through them. I liked the way this single tree was framed by the trunks surrounding it, with a bed of bright green ferns in the foreground. This photo is available as a canvas print, framed print, acrylic print, wood print, metal print, art print, and more. Licensing options are also available: see below.

CONGRATULATIONS! This outstanding piece has been FEATURED on the homepage of the FAA Artist Group No Place Like Home, 7/16/2019! Way to go! Please post it in the Group's Features discussion thread for posterity and/or any other thread that fits!

Thank you for the support!

What a beautiful picture!

Congratulations Matt, your work is Featured in "Photographic Camera Art" I invite you to place it in the group's "2019 Featured Image Archive" Discussion!! L/Tweet