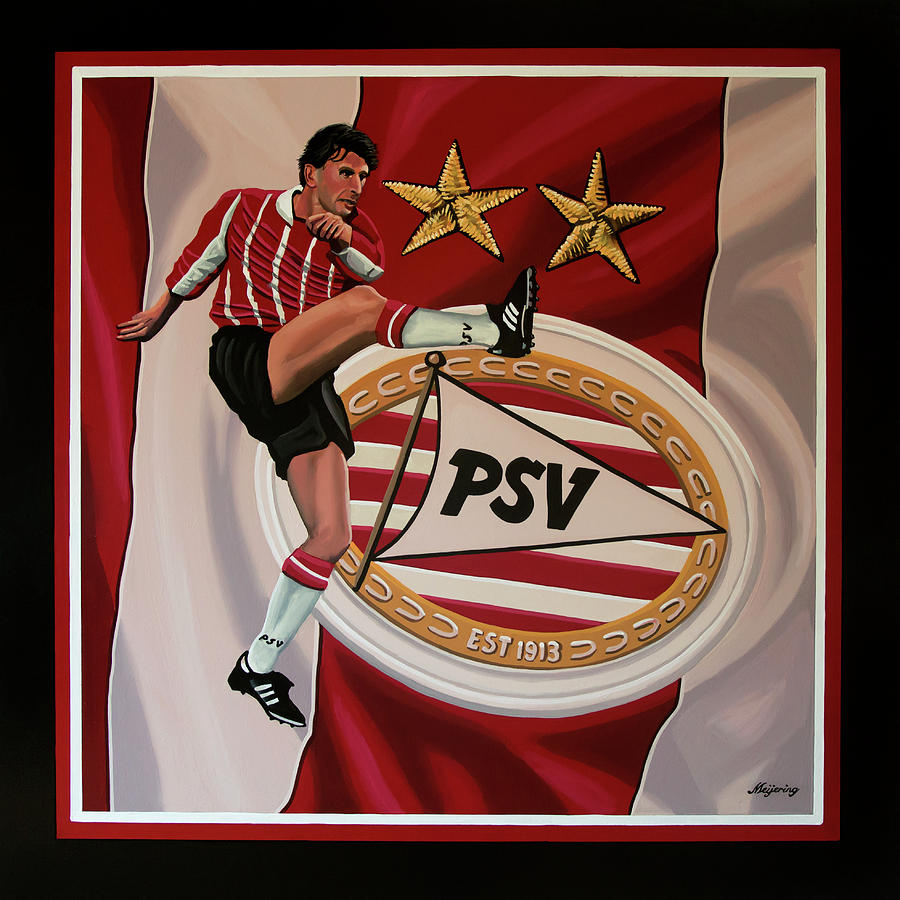 PSV Eindhoven Painting is a painting by Paul Meijering which was uploaded on September 27th, 2017.

Realistic acrylic painting of Luc Nilis at PSV Eindhoven, painted by the Dutch fine artist Paul Meijering - the Original painting is 90 x 90 cm and for sale

Luc Gilbert Cyrille Nilis (born 25 May 1967 in Hasselt, Belgium), nicknamed Lucky Luc, is a former Belgian football striker. He enjoyed a successful career in his native Belgium and, in particular, in the Netherlands with PSV Eindhoven. However, his playing days came to an end in the 2000-01 season after breaking his leg in a match with his club Aston Villa following a clash with Ipswich Town goalkeeper Richard Wright.

The Philips Sport Vereniging (English: Philips Sports Union), abbreviated as PSV and internationally known as PSV Eindhoven is a sports club from Eindhoven, Netherlands. It is best known for its professional football department, which plays in the Eredivisie, the Dutch football top division, since its inception in 1956. Along with Ajax and Feyenoord, PSV is one of the country's "big three" clubs that have dominated the Eredivisie.

The club was founded in 1913 as a team for Philips employees. PSV's history contains two golden eras revolving around the UEFA Cup victory in 1978 and the 1987-88 European Cup victory as part of the seasonal treble in 1988. The team has won the Eredivisie 23 times, the KNVB Cup nine times and the Johan Cruyff Shield ten times. Currently, PSV is 28th on the UEFA club coefficients ranking. Throughout the years, PSV established itself as a stepping stone for future world class players like Ruud Gullit, Ronald Koeman, Romario, Ronaldo, Phillip Cocu, Jaap Stam, Ruud van Nistelrooy, Park Ji-sung and Arjen Robben.