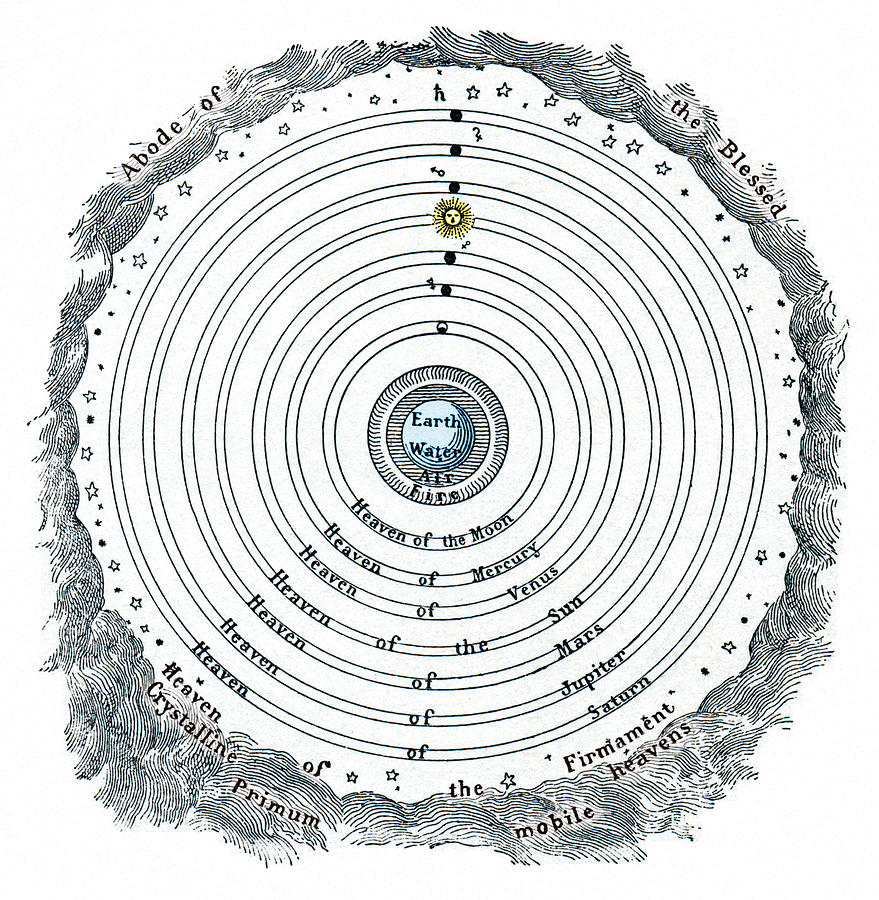 Ptolemaic Cosmology is a photograph by Sheila Terry which was uploaded on May 8th, 2013.

Ptolemaic cosmology, artwork. The Ptolemaic system was recorded in the Almagest of the 2nd-century Greek philosopher Ptolemy. It was a geocentric... more

Ptolemaic cosmology, artwork. The Ptolemaic system was recorded in the Almagest of the 2nd-century Greek philosopher Ptolemy. It was a geocentric system (one centred on the Earth). The heavenly bodies circled the Earth attached to spheres. At centre are the four elements of Earth, Water, Air and Fire. Then there are successive spheres for the Moon, Mercury, Venus, Sun, Mars, Jupiter and Saturn. The other planets had not been discovered at that time. The five planets are labelled with their astrological symbols. The four outer spheres are the Firmament (including the stars); the Crystalline Heaven; the Primum Mobile; and the Empyreal Heaven, the Abode of the Blessed. This is the system that was replaced by a heliocentric (sun-centred) model, published by Copernicus in 1543. Artwork from Pioneers of Science (Oliver Lodge, 1893).