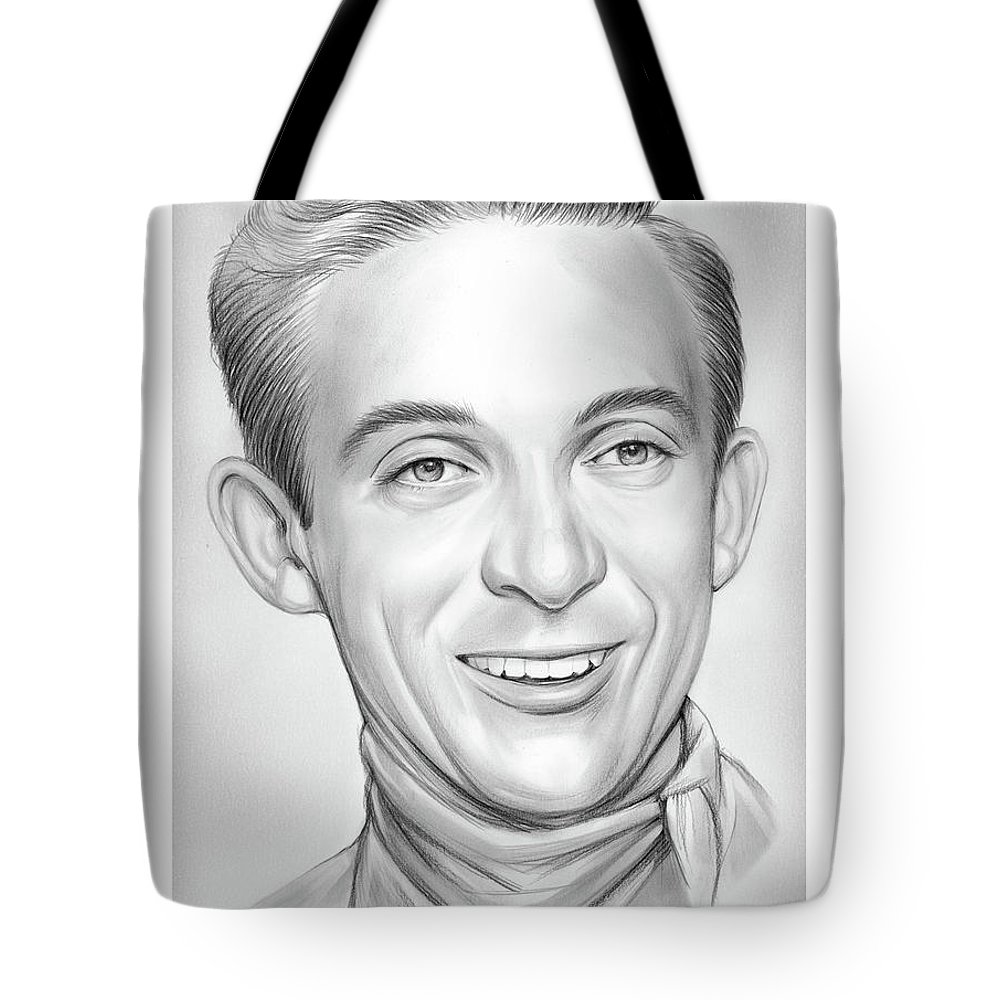 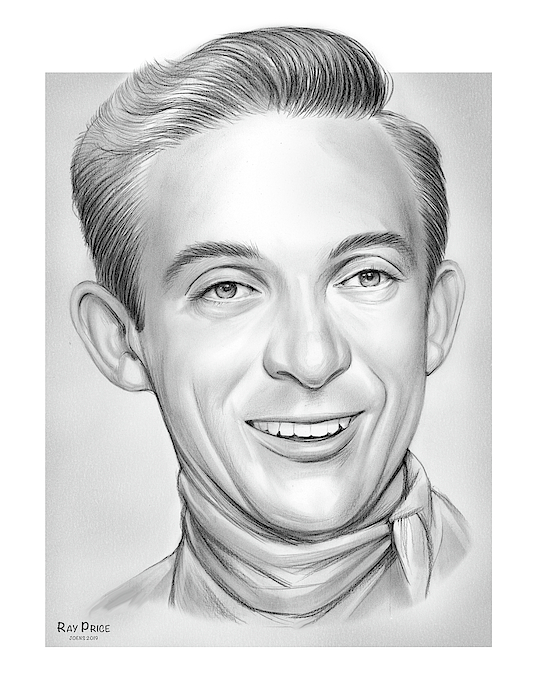 Purchase a tote bag featuring the drawing "Ray Price" by Greg Joens.   Our tote bags are made from soft, durable, poly-poplin fabric and include a 1" black strap for easy carrying on your shoulder.   All seams are double-stitched for added durability.   Each tote bag is machine-washable in cold water and is printed on both sides using the same image.

Noble Ray Price (January 12, 1926 – December 16, 2013) was an American country music singer, songwriter, and guitarist. His wide-ranging baritone is regarded as among the best male voices of country music,[1] and his innovations, such as propelling the country beat from 2/4 to 4/4, known as the "Ray Price beat", helped make country music more popular.[1] Some of his well-known recordings include "Release Me", "Crazy Arms", "Heartaches by the Number", "For the Good Times", "Night Life", and "You're the Best Thing That Ever Happened to Me". He was elected to the Country Music Hall of Fame in 1996. Price continued to record and tour well into his mid-eighties.