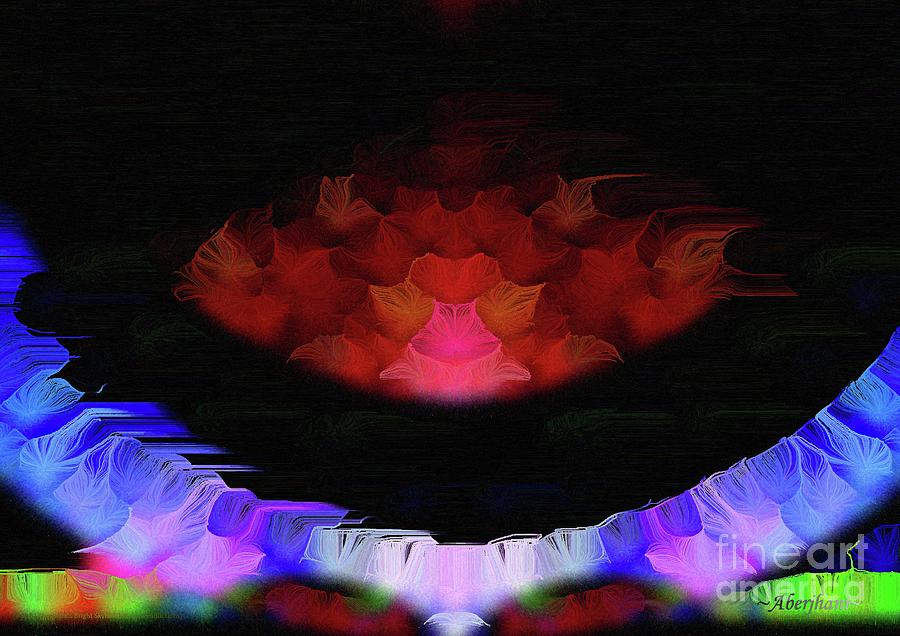 Red White Black and Blue Flames of Social Justice is a painting by Aberjhani which was uploaded on October 28th, 2020.

Protests against racial injustice and police brutality in America have been making headlines around the world throughout the year 2020. That’s due in part to people in countries across the globe staging their own rallies out of solidarity with activists marching in the United States. Americans participating in the democratic tradition of political and social protests itself is nothing new, but what has proven new this time around is how thoroughly diverse the crowds of usually nonviolent protesters have been.

While the occasions prompting the protests are tragic, the efforts to correct their underlying causes is beautifully courageous and hopefully will not deteriorate to the kind of violence some are attempting to incite. “Red, White, Black, and Blue Flames of a Unified Front” is my acknowledgement of social activists’ collective determination to help America live up to the dream of democracy which generations have been refining and defending for centuries. The colors noted in the title are the dominant hues in the image. The “Red, White, and Blue” is a classic reference to the U.S. The expansive Black represents an obvious nod to the Black Lives Matter movement which has made such compelling news all year and the style in general is a balance between abstract, minimalism, and Silk-Featherbrush Artstyle.

Marching alongside Black Americans this year in numerous cities from Portland, Milwaukee, and Chicago to Atlanta, Philadelphia, and New York have been Latinos, Asians, White Americans, young people, older people, etc. Extreme racial injustice may have been the catalyst for their demonstrations but they responded as Americans acting in unity against toxic bias, not as divided factions battling against each other. The struggle remains in effect as almost every week another life is lost to violence (not to mention the documented racial disparities from COVID-19) when it could and should have been preserved.

Aberjhani
https://www.author-poet-aberjhani.info/
Harlem Renaissance Centennial
Author of Greeting Flannery O’Connor at the Back Door of My Mind

I appreciate that very much Danny. That both my visual & literary art serve a meaningful purpose is important to me.

Art must serve a purpose and I think you have found a beautiful way to express it! I hope our country is beginning to find its conscience again!

Thank you very much VIVA. Study of your masterful minimalist creations and that of a few others here on FAA encouraged the style of this piece.