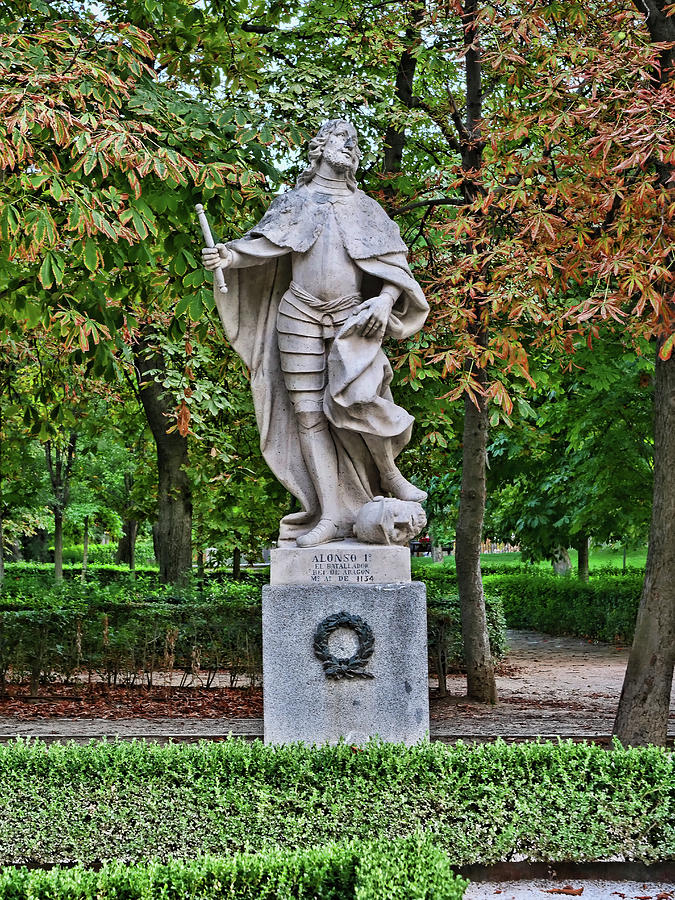 Retiro Park Statuary # 3 - Madrid is a photograph by Allen Beatty which was uploaded on October 8th, 2019.

The Buen Retiro Park (Spanish: Parque del Buen Retiro, literally "Park of the Pleasant Retreat"), Retiro Park or simply El Retiro is one of the largest parks of the city of Madrid, Spain. The park belonged to the Spanish Monarchy until the late 19th century, when it became a public park.
The Buen Retiro Park is a large and popular 1.4 km2 (350 acres) park at the edge of the city centre, very close to the Puerta de Alcalá and not far from the Prado Museum. A magnificent park, filled with beautiful sculptures and monuments, galleries, a peaceful lake, and a host to a variety of events, it is one of Madrid's premier attractions. The park is entirely surrounded by the present-day city.
Here we see a statue at one of the entrances to the park.