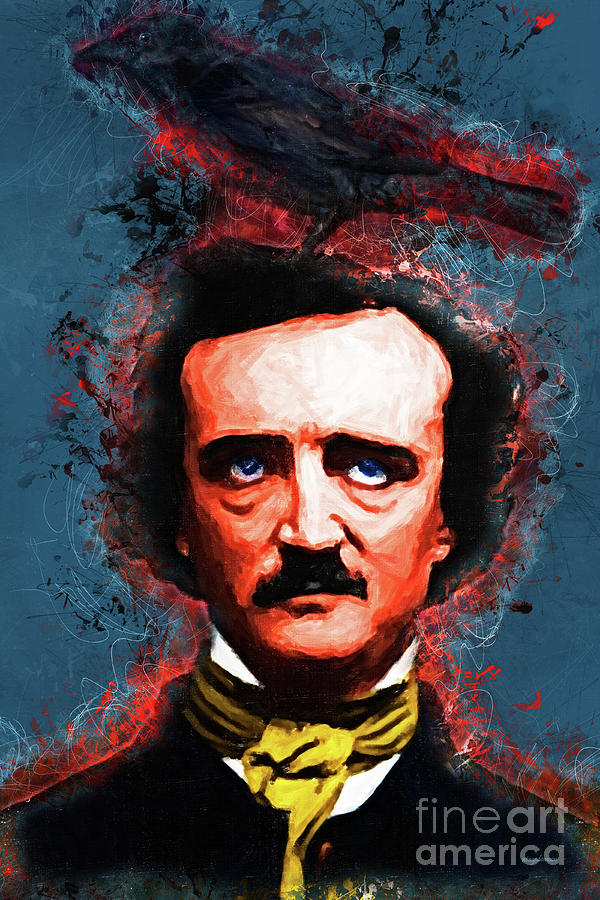 Reynolds I Became Insane With Long Intervals Of Horrible Sanity Edgar Allan Poe is a photograph by Wingsdomain Art and Photography which was uploaded on November 2nd, 2016.

On October 3, 1849, Poe was found delirious on the streets of Baltimore, "in great distress, and... in need of immediate assistance", according to Joseph W. Walker who found him. He was taken to the Washington Medical College where he died on Sunday, October 7, 1849 at 5:00 in the morning. Poe was never coherent long enough to explain how he came to be in his dire condition and, oddly, was wearing clothes that were not his own. He is said to have repeatedly called out the name "Reynolds" on the night before his death, though it is unclear to whom he was referring. Some sources say that Poe's final words were "Lord help my poor soul". All medical records have been lost, including his death certificate. -wikipedia