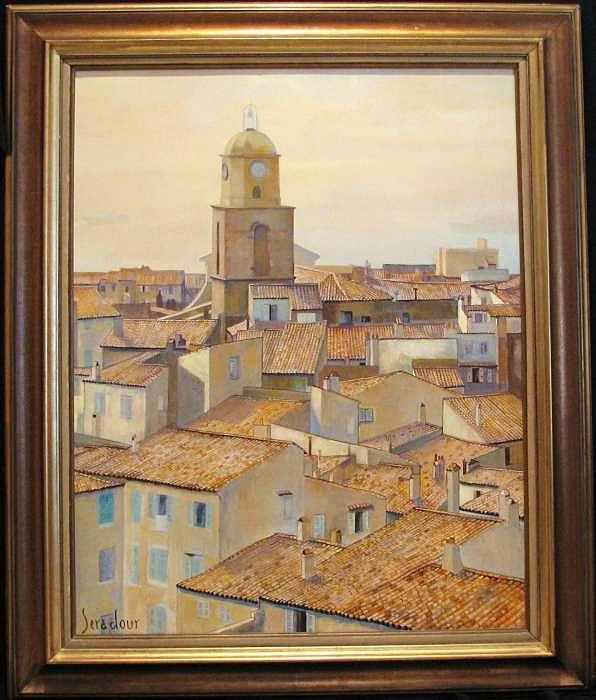 Rooftops with Bell Tower is a painting by Seradour which was uploaded on May 24th, 2007.

Huge mediterranean rooftop scene by highly listed French artist Guy Seradour(b. October 8, 1922; Etaples-le-Touquet). Seradour was attracted to painting at a young age. He trained briefly (1939) at the School of Fine Art in Paris, then he worked alone. His first exhibition was in Algiers (1940). His art was subsequently exhibited in numerous salons and in many countries, including Belgium, England, The United States, Sweden, Brazil, Greece, Venezuala, Canada, Holland, Italy, Spain, Japan and Iran. His work can be found in the Museum of the Little Palace in Geneva, the Eugene Boudin Museum in Honfleur, the Bibliotheque Nationale, the Museum of Modern Art in Paris, the Museum of Marseille, and in numerous state collections. He is best known for his paintings of portraits, dancers, and genre.