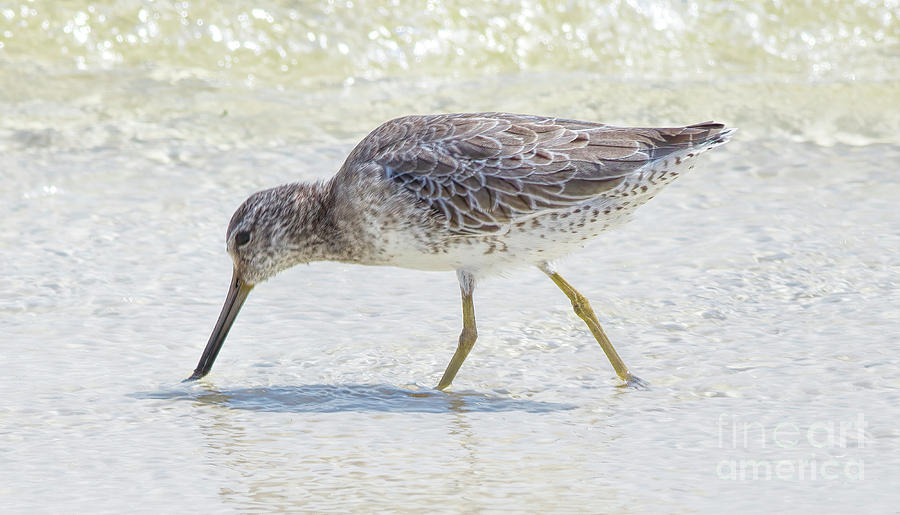 Sandpiper is a photograph by Felix Lai which was uploaded on October 26th, 2019.

This photo captures a beautiful sandpiper feeding in shallow water. Sandpiper is a common shorebird in Florida. They seem to be feeding all the... more

This photo captures a beautiful sandpiper feeding in shallow water. Sandpiper is a common shorebird in Florida. They seem to be feeding all the time!

Sandpipers are a large family, Scolopacidae, of waders or shorebirds. They include many species called sandpipers, as well as those called by names such as curlew and snipe. The majority of these species eat small invertebrates picked out of the mud or soil. Different lengths of bills enable different species to feed in the same habitat, particularly on the coast, without direct competition for food.

Sandpipers have long bodies and legs, and narrow wings. Most species have a narrow bill, but otherwise the form and length are quite variable. They are small to medium-sized birds, measuring 12 to 66 cm (4.7–26.0 in) in length. The bills are sensitive, allowing the birds to feel the mud and sand as they probe for food. They generally have dull plumage, with cryptic brown, grey, or streaked patterns, although some display brighter colours during the breeding season.

Your closeup shot really showcases the beauty of its feathers. F/L

Great capture of the sandpiper Felix!!