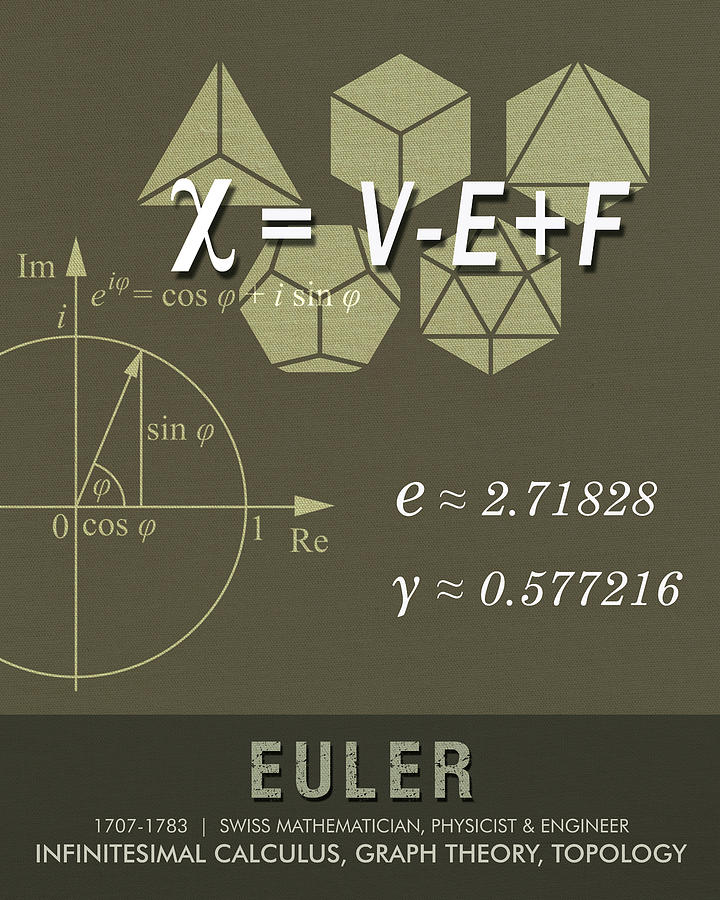 Science Posters - Leonhard Euler - Mathematician, Physicist, Engineer is a mixed media by Studio Grafiikka which was uploaded on April 22nd, 2017.

Science Posters - Leonhard Euler - Mathematician, Physicist, Engineer
Buy Art Online ! Buy Science posters online. STEM Education posters
---------
This is an art print from Studio Grafiikka's series of Wall decor on Science, Technology, Engineering and Mathematics. These Science posters are ideal wall art prints for school classrooms. They are also widely used as art and decor for science labs, science clubs and other educational institutions. These science art prints are superb gifts for science lovers, collectors, enthusiasts, teachers, students and for science communities. This series has posters of scientists, concepts in science represented in a minimal design, mathematical art, science quotes and much more. These posters and prints have also been used as teaching aid and have been adopted by several schools and educational institutions all over the world, as STEM Education tools and pedagogical tools. The posters have been designed with a special emphasis on the Women in Science as a tribute to the women scientists who have made significant contributions. With a beautiful, original, minimal design Studio Grafiikka has tried to represent Science and Mathematics in an artistic, visually appealing and fresh perspective.
---------------------------
Leonhard Euler was a Swiss mathematician, physicist, astronomer, logician and engineer who made important and influential discoveries in many branches of mathematics like infinitesimal calculus and graph theory while also making pioneering contributions to several branches such as topology and analytic number theory. He also introduced much of the modern mathematical terminology and notation, particularly for mathematical analysis, such as the notion of a mathematical function. He is also known for his work in mechanics, fluid dynamics, optics, astronomy, and music theory.