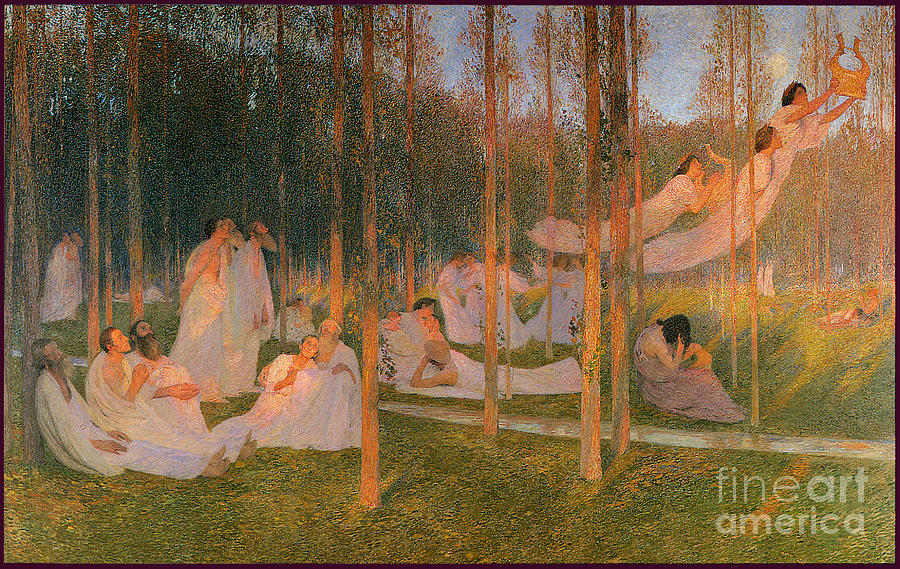 Serenity Vergil The Aeneid Book 4 1899 is a painting by Henri Martin which was uploaded on April 29th, 2021.

Serenity (Vergil, The Aeneid. Book IV) 1899, Henri Martin, Henri-Jean Guillaume Martin (5 August 1860 – 12 November 1943) was a renowned French impressionist painter. The Aeneid (/ɪˈniːɪd/ ih-NEE-id; Latin: Aenē̆is [ae̯ˈne(ː)ɪs]) is a Latin epic poem, written by Virgil between 29 and 19 BC, that tells the legendary story of Aeneas, a Trojan who traveled to Italy, where he became the ancestor of the Romans. It comprises 9,896 lines in dactylic hexameter. The first six of the poem's twelve books tell the story of Aeneas's wanderings from Troy to Italy, and the poem's second half tells of the Trojans' ultimately victorious war upon the Latins, under whose name Aeneas and his Trojan followers are destined to be subsumed.