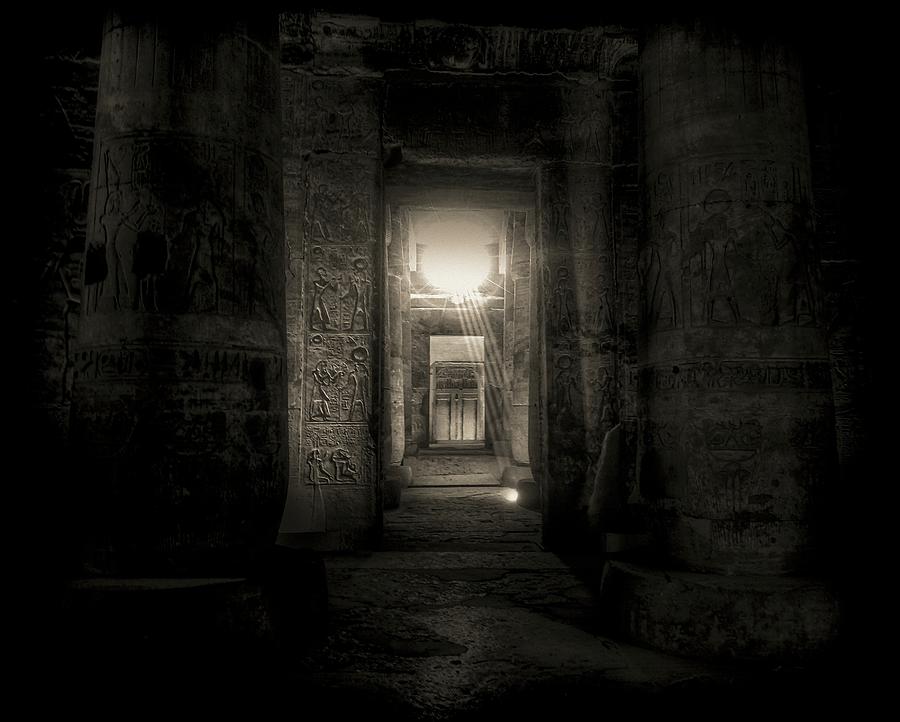 Seti I Temple Abydos is a photograph by Nigel Fletcher-Jones which was uploaded on March 24th, 2017.

Seti I reigned from around 1290 to 1279 BC, and is memorialized in a temple slightly to the south of the ancient burial ground of Old Kingdom... more

Seti I reigned from around 1290 to 1279 BC, and is memorialized in a temple slightly to the south of the ancient burial ground of Old Kingdom pharaohs at Abydos in Egypt.
In addition, to its direct memorial purpose (the building was completed by his son Rameses II), the Great Temple of Abydos commemorated ancestral pharaohs, and includes the remarkable Abydos King List which includes cartouches of all the pharaohs known, or recognized, from Menes�the first pharaoh� to Seti I. This includes pharaohs of the seventh and eighth dynasties who would be otherwise unknown, but excludes pharaohs who were considered not to be legitimate at the time of carving, such as Hatshepsut, Akhenaten and Tutankhamen.
The reliefs within the temple are justly celebrated for their delicacy and refinement, combining a reflection of archaic traditions with the energetic art of the late eighteenth dynasty.
Within the temple structure, there are seven chapels built for the worship of the pharaoh and principal deities�Ptah, Re-Horakhty, and Amun-Re�the remaining three chapels are dedicated to the Abydos Triad�Osiris, Isis and Horus.
The entire Daily Ritual�performed in temples throughout the pharaonic period�is recorded in the chapels dedicated to the deities.
To the rear of the temple, lies the fascinating but enigmatic structure�built of very large monoliths�known as the Osireon. The subterranean structure was probably intended to represent an Osiris tomb, and function as a cenotaph for Seti-Osiris.