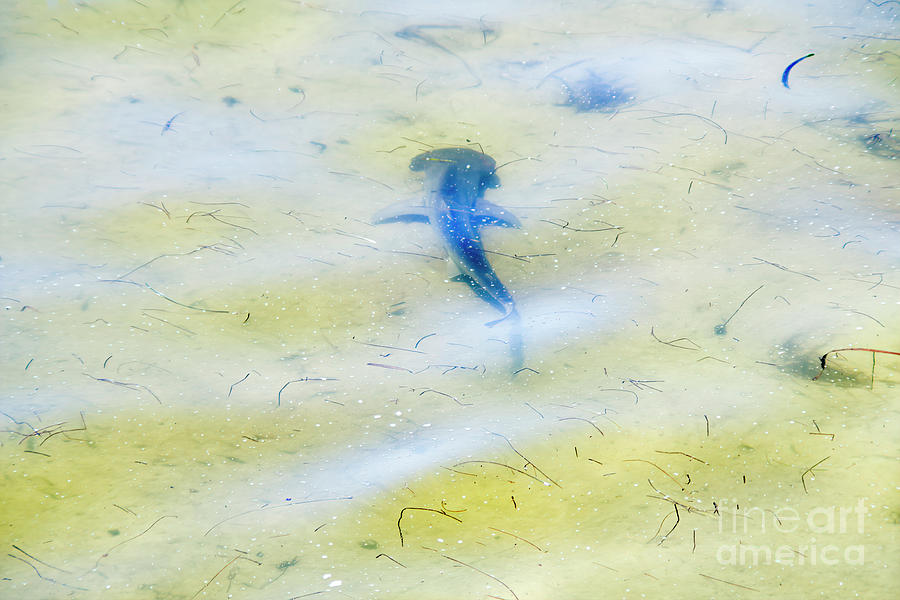 Shark Alert, Hammerhead Shark is a photograph by Felix Lai which was uploaded on November 25th, 2020.

This beautiful hammerhead was spotted while I was walking at the waterfront of Saint Petersburg, Florida. ... more

This beautiful hammerhead was spotted while I was walking at the waterfront of Saint Petersburg, Florida.

Hammerhead Shark
The hammerhead sharks are a group of sharks that form the family Sphyrnidae, so named for the unusual and distinctive structure of their heads, which are flattened and laterally extended into a "hammer" shape called a cephalofoil. Most hammerhead species are placed in the genus Sphyrna, while the winghead shark is placed in its own genus, Eusphyra. Many, but not necessarily mutually exclusive, functions have been postulated for the cephalofoil, including sensory reception, manoeuvering, and prey manipulation. Hammerheads are found worldwide in warmer waters along coastlines and continental shelves. Unlike most sharks, some hammerhead species usually swim in schools during the day, becoming solitary hunters at night. Some of these schools can be found near Malpelo Island in Colombia, the Galápagos Islands in Ecuador, Cocos Island off Costa Rica, near Molokai in Hawaii, and off southern and eastern Africa.

What a charming scene to come upon! f/l

Beauty of a shot Felix! vlf