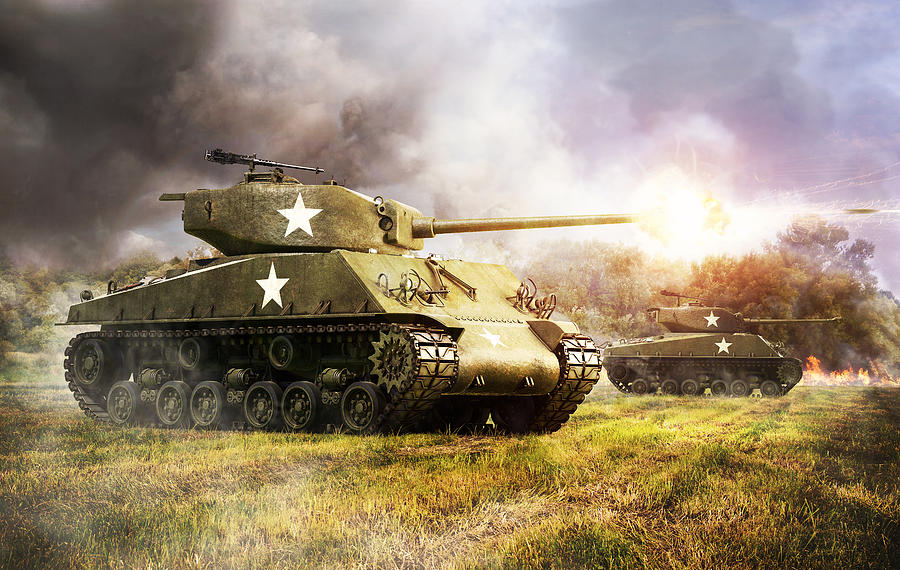 Sherman's attack is a piece of digital artwork by Gino Marcomini which was uploaded on March 23rd, 2018.

A pair of Shermans open fire against enemy on battle field.... more

A pair of Shermans open fire against enemy on battle field.
"The M4 Sherman, officially Medium Tank, M4, was the most widely used medium tank by the United States and Western Allies in World War II. After World War II, the Sherman, particularly the many improved and upgraded versions, continued to see combat service in many conflicts around the world, including the UN forces in the Korean War, with Israel in the Arab–Israeli Wars, briefly with South Vietnam in the Vietnam War, and on both sides of the Indo-Pakistani War of 1965." More than 49,000 Shermans were built!