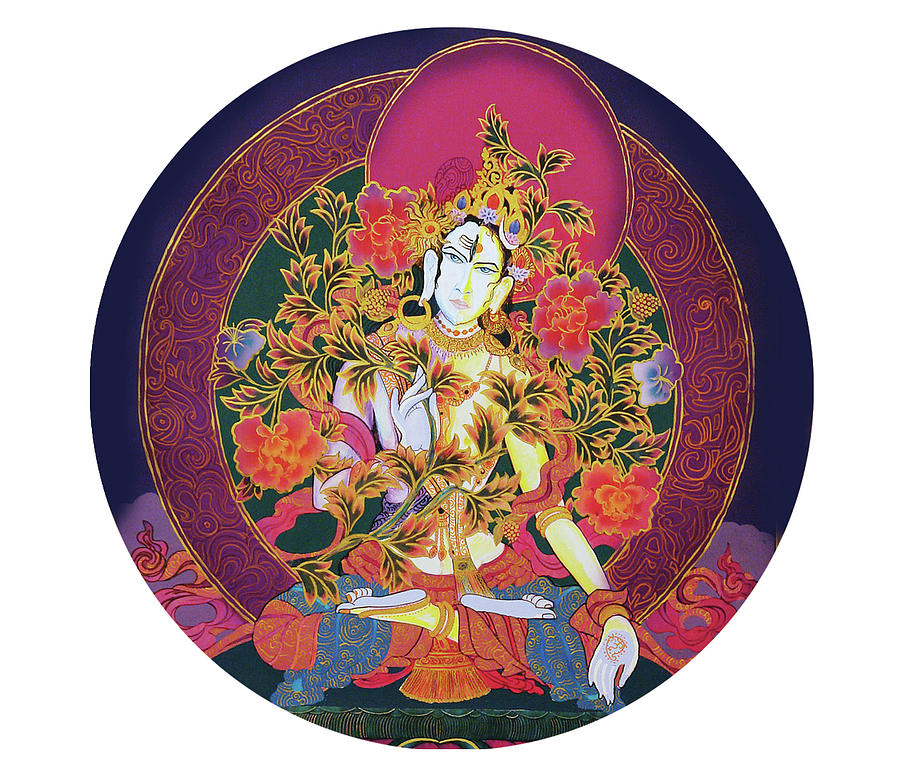 Shiva Shakti Yin and Yang is a painting by Guruji Aruneshvar Paris Art Curator Katrin Suter which was uploaded on December 16th, 2017.

Shiva Shakti – in each of us there is a feminine and a masculine side, symbolized by the moon and the sun. Shiva Shakti – Yin and Yang. It is a... more

Shiva Shakti – in each of us there is a feminine and a masculine side, symbolized by the moon and the sun. Shiva Shakti – Yin and Yang. It is a duality which is in fact one unity. The leaves symbolize the harmony in us with nature, with the nature inside and outside of us.

Poetic Description of the painting on canvas by the artist Shiva Guruji:

Shakti and Shiva blending as One Being of complete oneness in duality.
Shaktis moon Nadi is depicted on the left side of the Ardhanarishvara. Shakti
provides Shiva on the right side with the sun, Surya, Naadi, with the power and energy
to sustain the world.
Shakti creates with her own infinite powers.
Together, they go about the functions of creation, protection, sustenance
and transformation of the material world.
Ardhanarishvara is that both the male and the female are treated as
equals, Shiva Shakti each one wielding equal and limitless powers,
working for the Universe. It symbolizes the optimal balance of the male and
female energies in this world.
Ardhanarishvara are essentially inseparable forces, complimentary to each other, working together to maintain the equilibrium. Ardhanarishvara shows the unity in the opposites of Purusha and Prakriti.

Ardhanarishvara Purusha is the passive force of the universe, while Prakriti is the active, dynamic force. Both these forces must embrace and fuse with each other to generate and sustain the universe.

Ardhanarishvara brings Love & affinity in the life of the meditator & make him / her STAR = TARA.

This art work is part of the Spiritualism Art, the first Indian Art Movement in the form of “-ism”, which was introduced by Shiva Guruji. It is Art for the soul going beyond the material dimension of human existence.