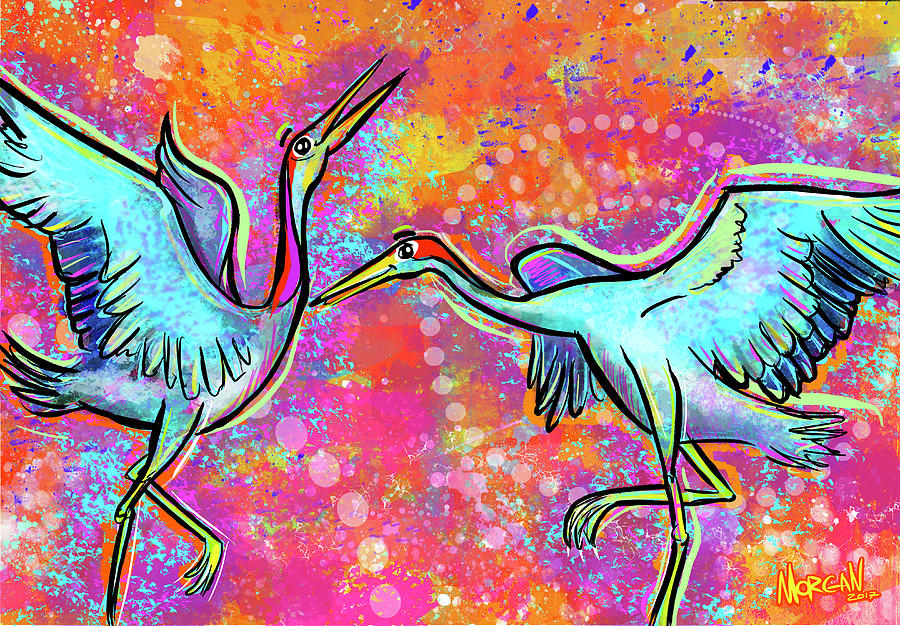 Siberian Cranes is a piece of digital artwork by Morgan Richardson which was uploaded on April 6th, 2018.

In continued support of the Disney Conservation Fund’s “Reverse the Decline” initiative, here is todays doodle — Siberian Cranes! The Walt Disney Company is committed to supporting a network of leading conservation nonprofit organizations to develop strategic plans that aim to reverse the decline of 10 endangered species, including Siberian Cranes.

Siberian Cranes, are facing extinction — of the 15 crane species, this is one of the most critically endangered. Of their entire global population, a wintering site at Poyang in China holds an estimated 98% of all Siberian Cranes. The western population of cranes is under threat in the Middle East due to habitat loss and cruel hunting practices. In the east, these birds are also under threat, primarily due to habitat loss and the damming of ancient breeding grounds. As with nearly all endangered species, humans are to blame.

Congratulations on great accomplishment; and, a wonderful sale! Irina