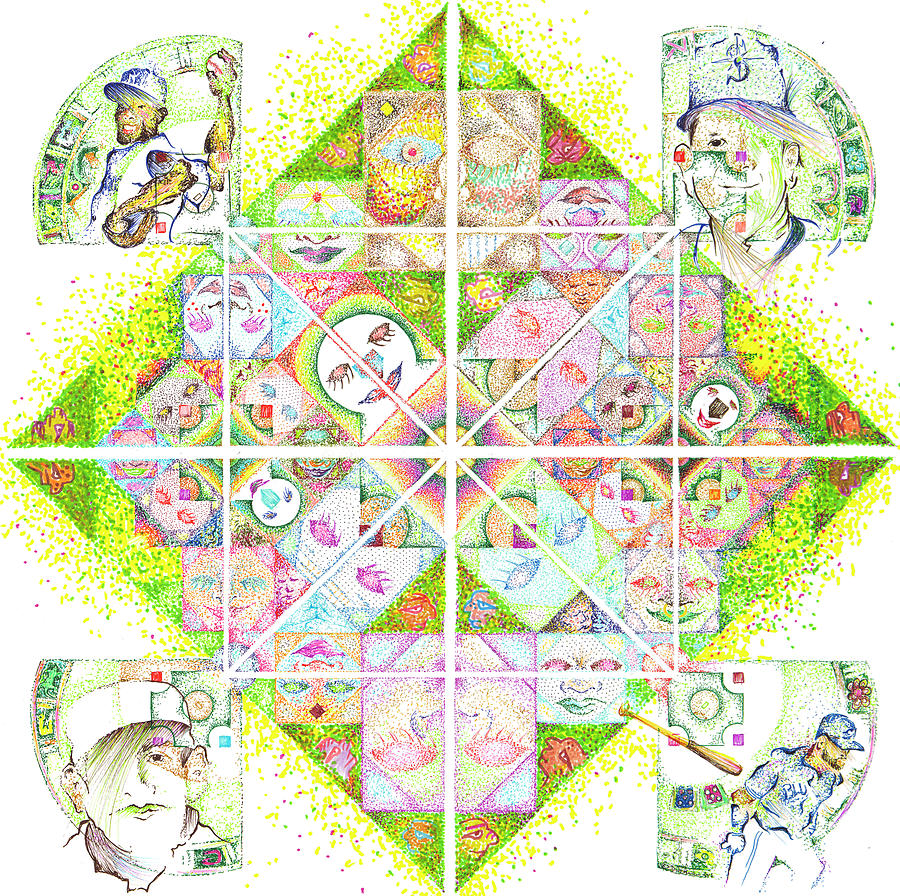 Sierpinski's Baseball Diamond is a drawing by Doug Johnson which was uploaded on September 10th, 2016.

Much like when Columbus discovered the Americas in 1492, when Waclaw Sierpinski described iterated function systems in 1915, he was actually... more

Much like when Columbus discovered the Americas in 1492, when Waclaw Sierpinski described iterated function systems in 1915, he was actually recognizing patterns and proportions that occur in nature and have been evident in human culture and architecture since as far back as the 13th century. These mathematical patterns that self-replicate according to some order of magnification are commonly known as fractals.
The fractal used in this work is based on the Pythagorean Theorem (a2 + b2 = c2, defining the proportions of all right triangles). The pattern, when applied to a baseball diamond, acknowledges that many of our identifying labels become arbitrary artifacts of culture, even when described by mathematics. The rules of baseball are arbitrary. Why are there not five strikes? �or four? This piece asks that question not only of baseball, but also of mathematics.
Triangles are reflected to form diamonds, folding out, and opening into baseball diamonds at the corners of the composition. Honoring Latino contributions to the great American pastime, the baseball players Mariano Rivera (top left), Edgar Martinez (Top Right), Luis Castro (Bottom left), and Jose Bautista with his infamous bat flip (bottom right) are depicted.