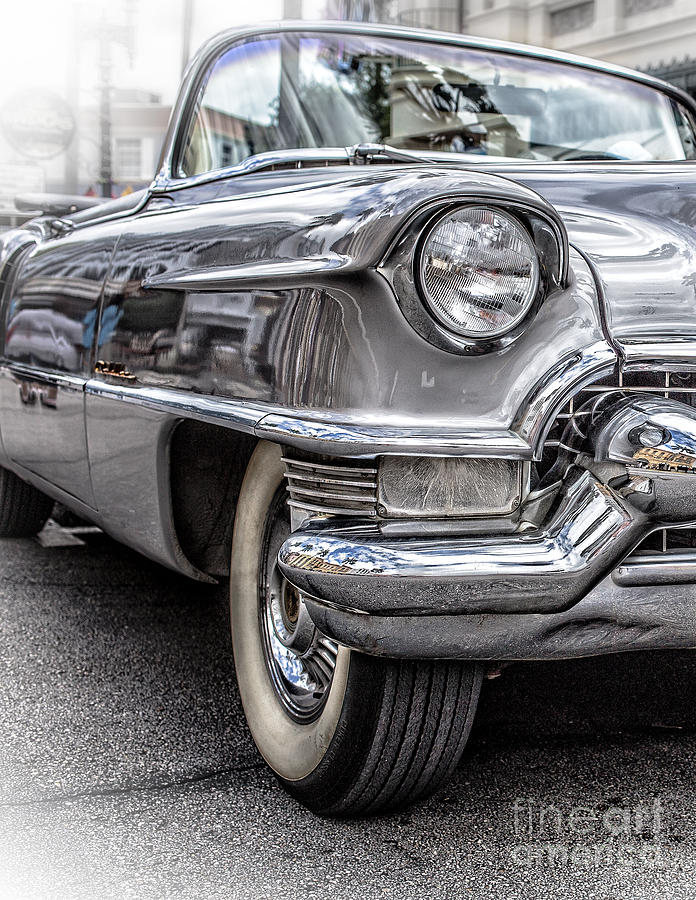 Silver Caddy 2 is a photograph by Edward Fielding which was uploaded on April 29th, 2014.

Silver vintage Cadillac by fine art photographer Edward M. Fielding
....
Cadillac was founded from the Henry Ford Company in 1902 by Henry Leland,[4] a master mechanic and entrepreneur, who named the company after Antoine Laumet de La Mothe, sieur de Cadillac, who founded Detroit, Michigan. The Cadillac crest is based on his coat of arms

General Motors purchased the company in 1909, and within six years, Cadillac had laid the foundation for the modern mass production of automobiles by demonstrating the complete interchangeability of its precision parts while simultaneously establishing itself as one of America's premier luxury cars. Cadillac introduced technological advances, including full electrical systems, the clashless manual transmission and the steel roof. The brand developed three engines, with the V8 engine setting the standard for the American automotive industry.