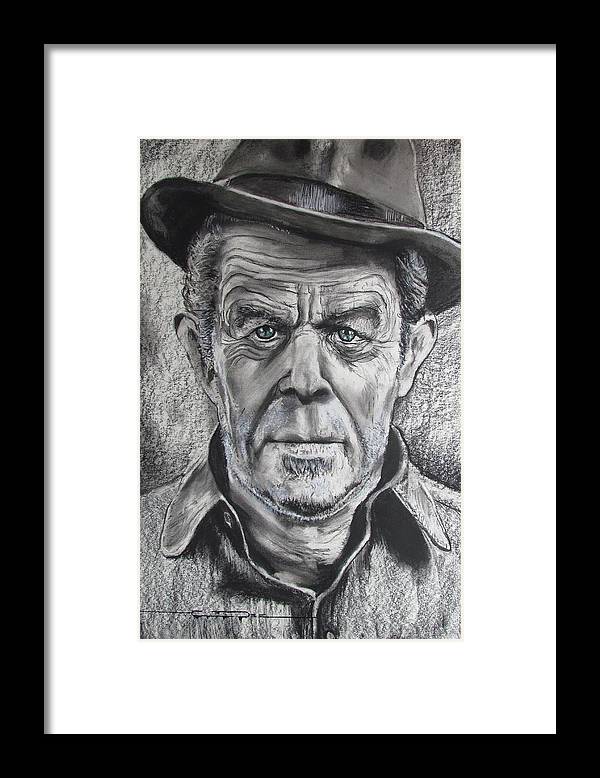 Small Change for Tom Waits framed print by Eric Dee.   Bring your print to life with hundreds of different frame and mat combinations. Our framed prints are assembled, packaged, and shipped by our expert framing staff and delivered "ready to hang" with pre-attached hanging wire, mounting hooks, and nails.

This picture is highlighted by the color wash quilt on the bed. So, pleased.

This was a bday gift for my boyfriend who absolutely loved it! High quality print and framing....

I love it perfect for the location it's going

Hanging in my bathroom

This is my second from this artist. Gifts for my 24 year son. Big fan will continue to buy.

Thomas Alan "Tom" Waits (born December 7, 1949) is an American singer-songwriter, composer, and actor. Waits has a distinctive voice, described by critic Daniel Durchholz as sounding "like it was soaked in a vat of bourbon, left hanging in the smokehouse for a few months, and then taken outside and run over with a car."[1] With this trademark growl, his incorporation of pre-rock music styles such as blues, jazz, and vaudeville, and experimental tendencies verging on industrial music,[2] Waits has built up a distinctive musical persona. He has worked as a composer for movies and musical plays and has acted in supporting roles in films, including Paradise Alley and Bram Stoker's Dracula; he also starred in the 1986 film Down by Law. He was nominated for an Academy Award for his soundtrack work on One from the Heart.

I can also do original portraits of you, your friends, pets or family members. Comments are very welcome. Offers to buy are also appreciated and welcome. Contact me today, I can be reached @ 720-379-7838 - all messages always returned. All out of Denver area sales of original work are subject to shipping fees to include packaging and insurance in addition to the price of art which varies with size and destination. I ship from the Denver Colorado area and do so with terrific gratitude!