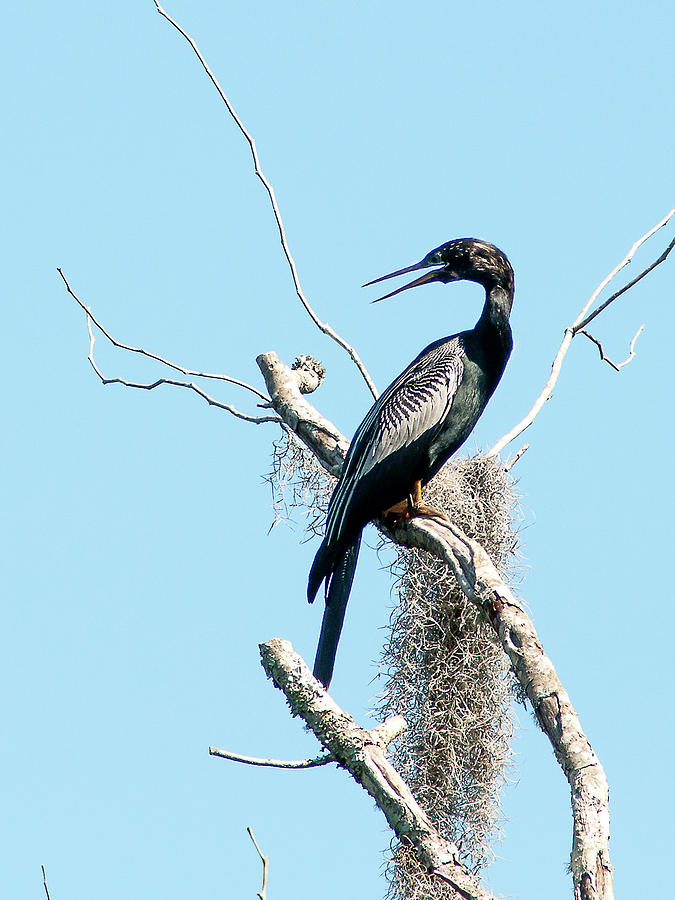 Something to Say is a photograph by Norman Johnson which was uploaded on July 18th, 2019.

A male anhinga tells the world about its day in Tampa, Florida's Lettuce Lake Park.... more

A male anhinga tells the world about its day in Tampa, Florida's Lettuce Lake Park.

An anhinga will often be seen swimming near the surface of the water with only its head and neck showing looking much like a swimming snake, which is how it got the name snakebird. Because it lacks the oils that most waterbirds use to coat their feathers, the anhinga's feathers become waterlogged, which make it easier for it to sink and swim under the water but offers no protection from the cold. This causes them to have to come out of the water frequently to warm up and dry off. You will see them perched in bushes and low hanging

I'm Really glad you like it John. Thank you very much for the feature in the group "Images That Excite You."

I can hear exactly what that sounds like. Great shot! I enjoyed seeing this fine image and with the naming of the species, it is now featured on the home page of Wild Birds Of The World - A Nature Photography Group. L/F

I'm Really glad you like it William. Thank you very much for the feature in the group "Wild Birds Of The World - A Nature Photography Group."