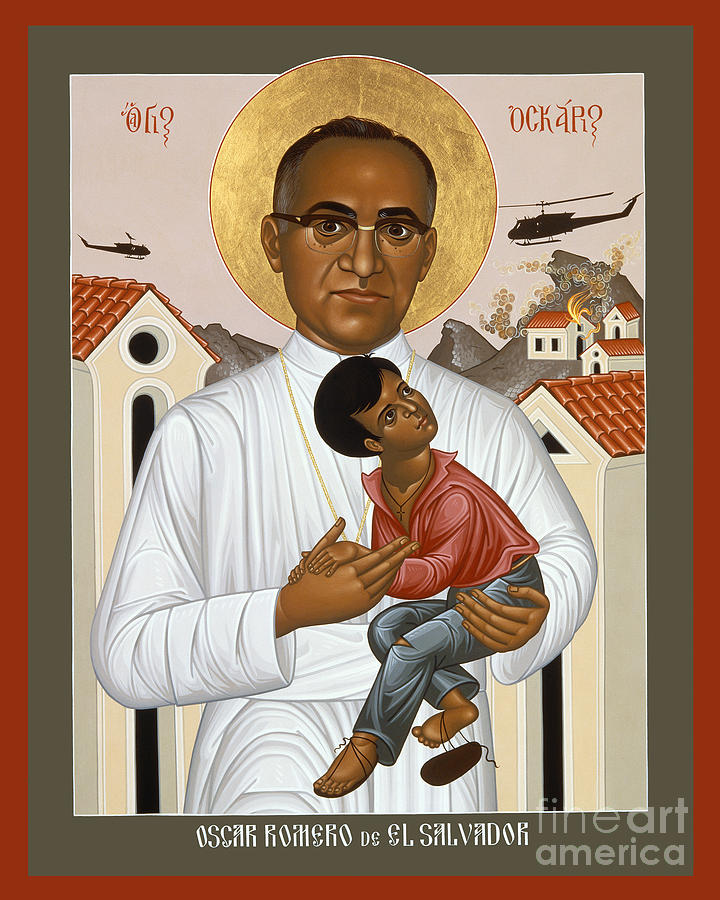 St. Oscar Romero of El Salvado - RLOSR is a painting by Br Robert Lentz OFM which was uploaded on March 6th, 2016.

The fine art america Watermark Does Not Appear On Your Final Products. ... more

The "fine art america" Watermark Does Not Appear On Your Final Products.

The model for bishop in the ancient church was a shepherd who walked before his people through whatever dangers they might face. He stood among the poor and the oppressed. And like the Apostles before him, he died a martyr.

While medieval bishops became princes and many modern bishops become bureaucratic administrators, the bishop as pastor among the people is reappearing in the church. Oscar Romero was such a bishop.

Although the wealthy class called him a friend of revolution, he was a peacemaker. He knew that simply ending rebel violence would not end the greater violence induced by poverty and hunger. Society had to be restructured so that children would not die of malnutrition and disease while their parents could not find decent work. Though he encouraged peaceful reform, where violence was unavoidable he worked to overcome the spirit of hatred and vengeance.

His pulpit became a font of truth when the government censored news. He risked his own life as he defended the poor and oppressed. He walked among the people and listened. "I am a shepherd," he said, "who, with his people, has begun to learn a beautiful and difficult truth: our Christian faith requires that we submerge ourselves in this world."

Killed by an assassin�s bullet as he celebrated Mass on March 24, 1980, his last words described the grain of wheat that must die in order to bear fruit. Like his Savior, he died poor, forgiving his murderers. He was buried in the cathedral where he had preached justice. And now people from many nations come to his tomb to find strength in their struggle.