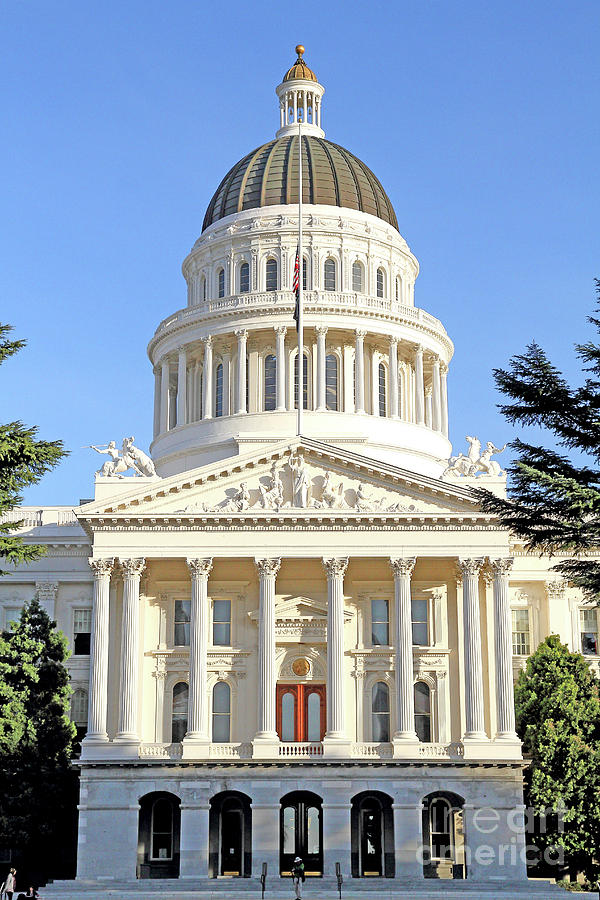 State Of California Capitol Building 7d11736 is a photograph by Wingsdomain Art and Photography which was uploaded on January 29th, 2012.

The California State Capitol is home to the government of the U.S. state of California. The building houses the bicameral state legislature and the office of the governor. The grounds of the capitol form the Capitol Park. Located in Sacramento, the Neoclassical structure was completed between 1861 and 1874 at the west end of Capitol Park, which is framed by L Street to the north, N Street to the south, 10th Street to the west, and 15th Street to the east. The Capitol and grounds were listed on the office of the National Register of Historic Places in 1973, and listed as a California Historical Landmark in 1974, with a re-dedication on January 9, 1982 to commemorate the close of the bicentennial restoration project. The building had undergone a major renovation, known as the California State Capitol Restoration, from 1975 until 1982 to restore the Capitol to its former beauty and to retrofit the structure for earthquake safety. Although not generally considered earthquake country, Sacramento was hit by two earthquakes within days of each other in 1892 which damaged the Capitol. -wikipedia