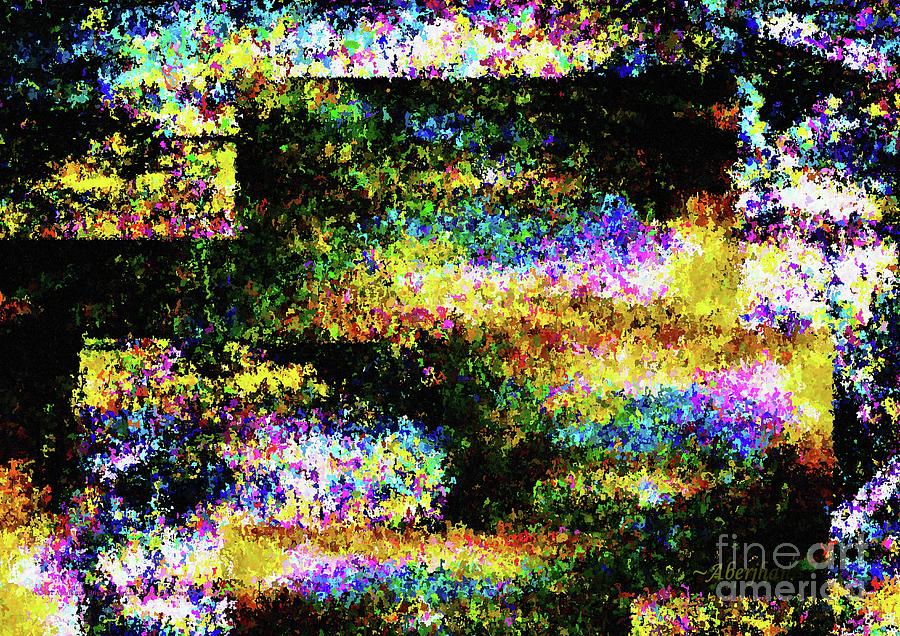 Stormy Day in Washington DC is a painting by Aberjhani which was uploaded on January 17th, 2021.

“Biblical atrocities stormed chaos
from New York to Bagdad to Freetown.
The sun and moon of your face refused
to hide behind Armageddon.
Wisdom gushed like diamonds from your brow…”
--from poem “The History Lesson” (published in ELEMENTAL, the Power of Illuminated Love)


Artistic passion has a lot in common with political passion in the sense that both are often channeled with the intent of creating something worthy of attention. In either case, however, if left completely unchecked without regard for anything except passion for its own self-indulgent sake, the results can vary dramatically from beautiful achievements to terrifying disasters. In this artwork, STORMY DAY IN WASHINGTON DC, I have attempted to capture some of the broad mixture of emotions and intentions that resulted in what the FBI in the USA has classified as an act of domestic terrorism. It is also frequently referred to as the assault on Capitol Hill in Washington DC, January 6, 2021, or The Attack on Democracy.

The palette for this abstract expressionism image presents explosions and implosions of contrasting passions: love and rage, fear and dedication, hope and hopelessness, lawfulness and anarchy. These are painted in smoky layers and crowds of white, yellow, red, orange, blue, teal, black, and magenta presences representative of the throng which overran Capitol Hill. chromatic clouds. The geometric element symbolizes the unique architecture of the capitol building and other structures of power surrounded by a backdrop of chromatic storm clouds. Where some might see horror, others may see beauty, and vice versa.

It’s kind of funny (although not LOL funny) to listen to interviews with people who participated in the Washington DC insurrection, and which were conducted immediately after the attack took place. They speak with a lot of confidence and are very comfortable, which maybe isn’t all that surprising since many were filming themselves and posting selfies throughout the event. After the death toll was announced (including that of Officer Brian Sicknick) and dozens of arrests began to get underway, some of their tones started changing. The arrogance began to give way to chords of reflection. Even POTUS Donald Trump, who previously had enthusiastically encouraged the actions, released a video condemning the resulting violence and calling for nonviolence during Joe Biden’s and Kamala Harris’s Inauguration Day. If only that call had been made much earlier.

Aberjhani
https://www.author-poet-aberjhani.info/
Creator of Silk-Featherbrush Artstyle
Co-Author Encyclopedia of the Harlem Renaissance
Author of Greeting Flannery O’Connor at the Back Door of My Mind

I had very different plans for my first FAA art posts of 2021 but the attacks in Washington DC on January 6 obviously made a lot of people switch gears in mid-gallop. The good in all of this is that America has once again demonstrated its capacity for absorbing brutal blows while remaining anchored by its commitment (flawed or not) to time-tested principles & practices of democracy. A good thing for this artist-poet to reflect upon on Martin Luther King Jr. Day 2021.