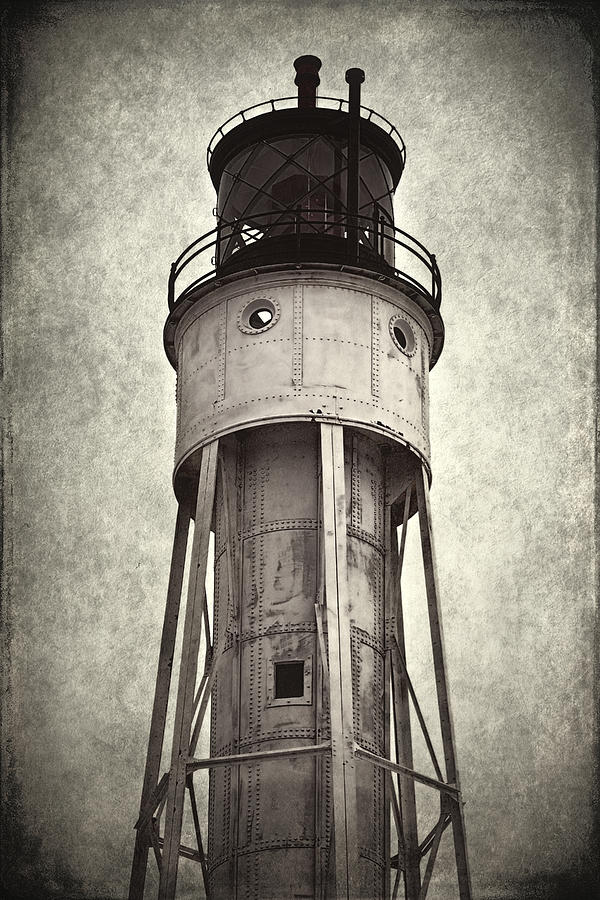 Sturgeon Bay Ship Canal Lighthouse II is a photograph by Joan Carroll which was uploaded on August 24th, 2013.

I liked this image of the Sturgeon Bay Ship Canal Lighthouse in black and white as well as color so I did both! At Sturgeon Bay, there are two... more

I liked this image of the Sturgeon Bay Ship Canal Lighthouse in black and white as well as color so I did both! At Sturgeon Bay, there are two lighthouses within a few hundred yards from one another. This is the Sturgeon Bay Ship Canal Lighthouse, which sits on the shore, while the Sturgeon Bay Pierhead Lighthouse sits, as its name suggests, at the end of a pier. The pierhead lighthouse was constructed in 1881 but was deemed inadequate. In 1890, it was recommended that a lighthouse be built onshore near the keeper's dwelling and it was officially completed in 1898. These lighthouses serve to mark the shipping canal connecting Sturgeon Bay on Green Bay with lake Michigan, across Door Peninsula. This Canal Station remains staffed by the Coast Guard to the present day. It was listed in the national Register of Historic Places in 1984.

thank you Christy for the feature in the Lighthouses group, 1/12/15

The texture and centered composition are great!

Well done! This looks like something Captain Nemo would see

maybe so! thank you Henry!

thank you David and Carol!

Congrats on your sale Joan L

Congrats on the sale Joan;)