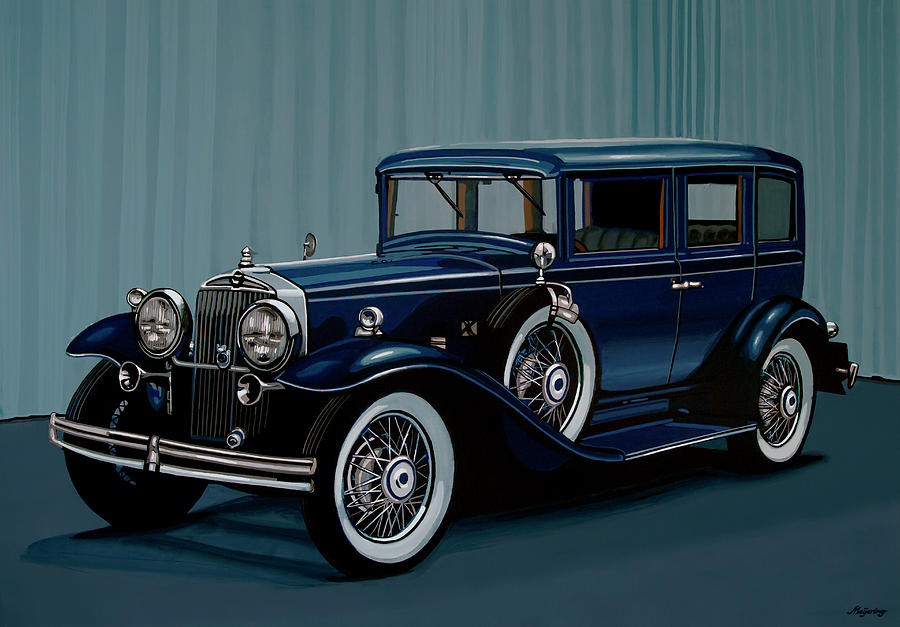 Realistic acrylic painting of the Stutz DV32, painted by the Dutch fine artist Paul Meijering - the Original painting is 90 x 120 cm and for... more

Realistic acrylic painting of the Stutz DV32, painted by the Dutch fine artist Paul Meijering - the Original painting is 90 x 120 cm and for sale.

The Stutz Motor Company was an American producer of luxury cars based in Indianapolis, Indiana, USA. Production began in 1911 and continued until 1935. The brand reappeared in 1968 under the aegis of Stutz Motor Car of America, Inc., and with a newly defined modern retro-look. Although the company is still active today, actual sales of factory produced vehicles ceased in 1995. Throughout its history, Stutz was known as a producer of fast cars (America's first sports car) and luxury cars for the rich and famous.

The company was founded as the Ideal Motor Car Company in Indianapolis in 1911. Ideal entered a car in the Indianapolis 500 that year and placed 11th, earning it the slogan, "the car that made good in a day". The next year, the founder, Harry C. Stutz, renamed the company Stutz Motor Company and began selling high-performance roadsters like the famous Stutz Bearcat. The Bearcat featured a brawny four-cylinder T-head engine with four valves per cylinder, one of the earliest multi-valve engines. Stutz has also been credited with the development of "the underslung chassis", an invention that greatly enhanced the safety and cornering of motor vehicles and one that is still in use today. Stutz "White Squadron" race team won the 1913 and 1915 championships.

The last model made by Stutz was the DV32. They produced this model from 1931 to 1934 and outfitted it some of the best American bodies of the period.

Thank you so very much, Robyn, for your compliment, support and the feature in your wonderful group!!;-))...

Congratulations Paul, your work is Featured in "All Automotive Artworks" I invite you to place it in the group's "2017 Featured Image Archive" Discussion!! L/Tweet

Thank you so very much, Don, for your support and the feature in your automotive group!!;-))...