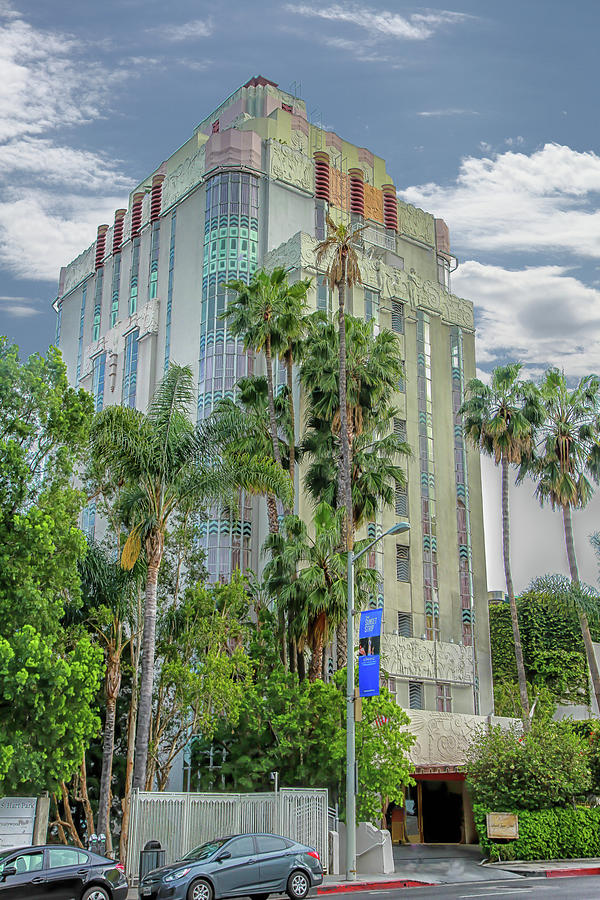 Sunset Tower Hotel is a photograph by Robert Hebert which was uploaded on May 18th, 2018.

On the south side of the strip, at 8358 Sunset stands the historic sunset tower hotel.In the 1990's, it was known as the Argyle Hotel.Before that it... more

On the south side of the strip, at 8358 Sunset stands the historic sunset tower hotel.In the 1990's, it was known as the Argyle Hotel.Before that it was known as the St. James Club and Hotel, a grand 13 story, the Strip's 1st high-rise (built in 1929), and one of Hollywood 's best examples of Art Deco design. But at the start as now, it is called the Sunset Tower Hotel, and virtually every star in Hollywood stayed here at one time or another. It was a favorite of Howard Hughes, who kept a number of suites here fore his various girlfriends; other guest included Clark Gable, Jean Harlow, Marilyn Monroe, Frank Sinatra and John Wayne (who is said to have kept a cow on the balcony outside his penthouse suite for fresh milk).In the 70's, the building was seen on the popular detective show "Cannnon", as Cannon's apartment building. As the St. James, it housed a private club, hotel and restaurant, with members that included Liza Minnelli, Elizabeth Taylor, and David Bowie.It was also the locale for memorable poolside scenes from the movie 1992 "The Player", and has also appeared in "The Italian Job", "Get Shorty" and "Strange Days". Leonardo DiCaprio and friends were spotted at the Fenix bar at the Argyle.

Thanks Skip, this is much appreciated!

wow so wonderfully lovely my friend.

Thanks so much Veikko!