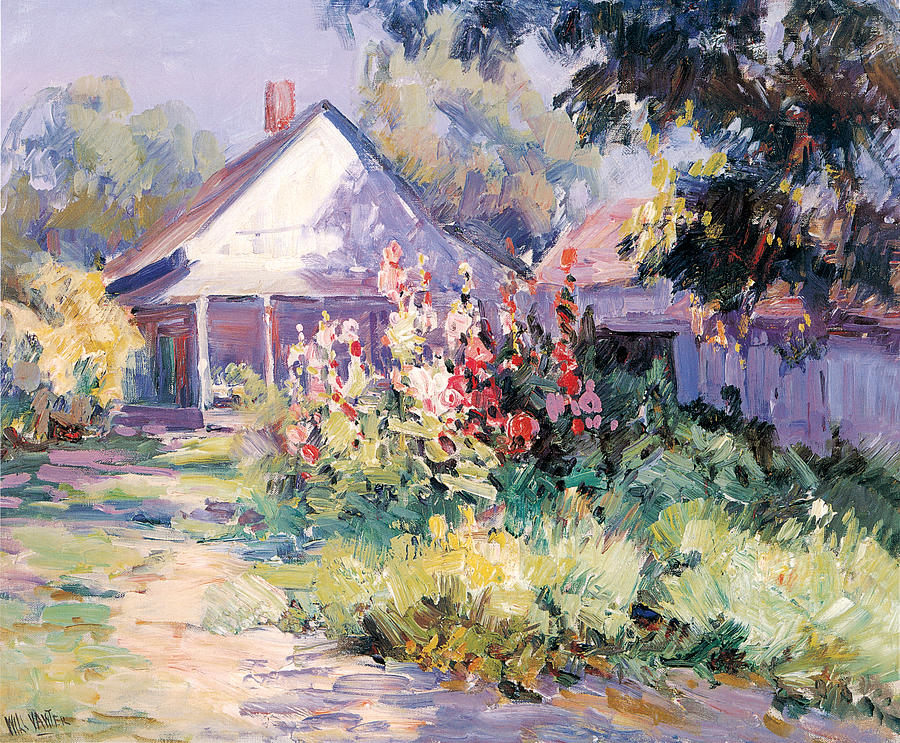 Sunshine and Hollyhocks is a photograph by William Vawter which was uploaded on October 22nd, 2015.

John William Vawter (1871-1941), from Greenfield, Indiana, was an American landscape artist and illustrator known for his loose Impressionist... more

John William Vawter (1871-1941), from Greenfield, Indiana, was an American landscape artist and illustrator known for his loose Impressionist style.

Named John William Vawter at birth, Vawter was known as Will Vawter both personally and professionally. Vawter moved with his family to Greenfield, Indiana from West Virginia at age six. While living in Greenfield, Vawter developed a close working relationship with a poet James Whitcomb Riley, another resident of Greenfield. Vawter illustrated eleven volumes of Riley poems often using local residents as models.

Vawter was married to Mary Vawter, an accomplished poet and landscape artist. The couple divorced in 1923. Vawter moved to Nashville, Indiana to join the Brown County Art Colony permanently in 1908. He had two residences in the area, one a studio in town, the other a 57 acres (230,000 m2) estate about a half mile outside of Nashville.

Vawter died in Nashville, Indiana in 1941.