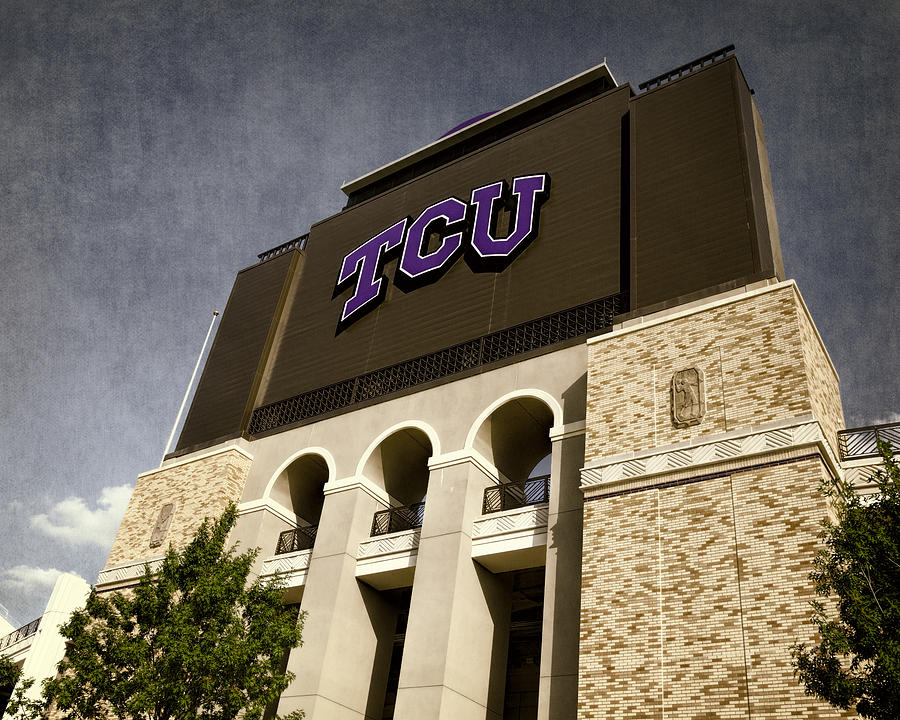 TCU Stadium Entrance is a photograph by Joan Carroll which was uploaded on August 16th, 2014.

Nothing says college to some like FOOTBALL and nothing says football in Fort Worth TX better than the Horned Frogs of TCU, or Texas Christian... more

Nothing says college to some like FOOTBALL and nothing says football in Fort Worth TX better than the Horned Frogs of TCU, or Texas Christian University. As autumn rolls around the excitement builds in all college towns, as does the hope for a winning season! And as the season winds down in December and maybe January, hope spring eternal for the following season! The Frogs play in Amon G Carter stadium on the campus in Fort Worth. It was named after Amon G. Carter, a prominent Fort Worth businessman, newspaper publisher, and city booster. It has several popular nicknames, the most popular being "The Carter" and "Hell's Half Acre" (a reference to the site in Fort Worth's wild west past, which was located near the stadium, as well as the difficulty opposing teams have winning in the stadium). This is the imposing west facade/entrance of the stadium.

thank you Jenny for the feature in the No Place Like Home group, 6/9/17

Congratulations on your new sale Joan! :)