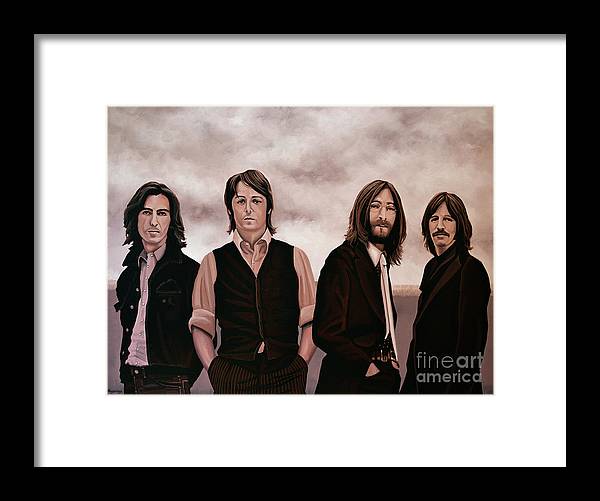 The Beatles 3 framed print by Paul Meijering.   Bring your print to life with hundreds of different frame and mat combinations. Our framed prints are assembled, packaged, and shipped by our expert framing staff and delivered "ready to hang" with pre-attached hanging wire, mounting hooks, and nails.

Realistic acrylic painting of The Beatles, painted by the Dutch fine artist Paul Meijering - the Original painting is 90 x 120 cm and is for... more

Love this picture so very much. Was damaged upon receipt so the company replaced with another one week later.n so happily pleased😊

Very happy with this purchase , it looks amazing

Your offerings of frames to compliment the art is excellent!

I absolutely love this print. The frame is very good quality and love great together

My daughter suggested I buy this piece of art. I am so glad she did. It is wonderful!! I am a retired teacher so this print really speaks to me.