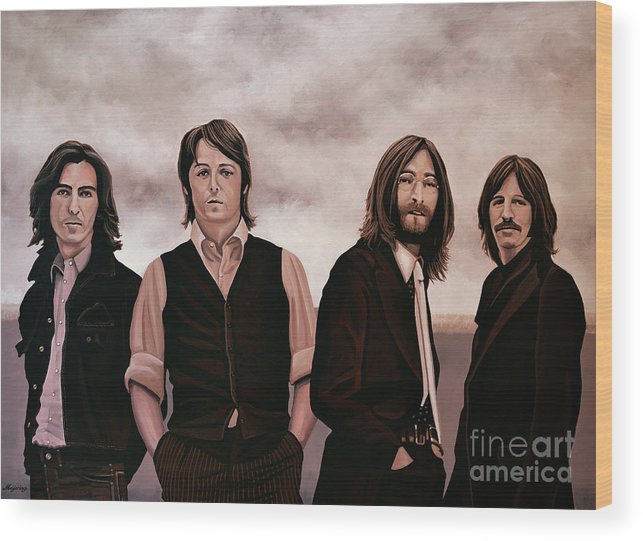 The Beatles 3 wood print by Paul Meijering.   Bring your artwork to life with the texture and added depth of a wood print. Your image gets printed directly onto a sheet of 3/4" thick maple wood. There are D-clips on the back of the print for mounting it to your wall using mounting hooks and nails (included).

Congratulations! I’m very pleased to say your artwork is of a very high standard and has been featured on the home page of the FX - Facial Expressions group, well done!

Thank you so very much, Chris, for your compliment, support and the feature in your exppressive group!!;-))...

Love it, wished we could choose darker wood back

Absolutely love it! It is beautiful!

Love the artwork by Ragen, but the printing process isn't ideal and didn't show the vibrancy of the colors I expected.

Very well packaged. Gorgeous image, and for this one I like that the wood grain shows through, but that might not work for some images. Comes with all hardware for hanging. I ordered 12x24 without a plan for where to put it, and this spot by the front door jumped out at me as soon as I opened it and looked around. I love that this artist donates profits to provide clean water to poor areas in (I think) Africa.

What a beautiful piece of art! I was thrilled when I saw this, and can't wait to hang it in my library! Thank you so much,

All wood prints ship from our production facility within 8 - 10 business days of your order.