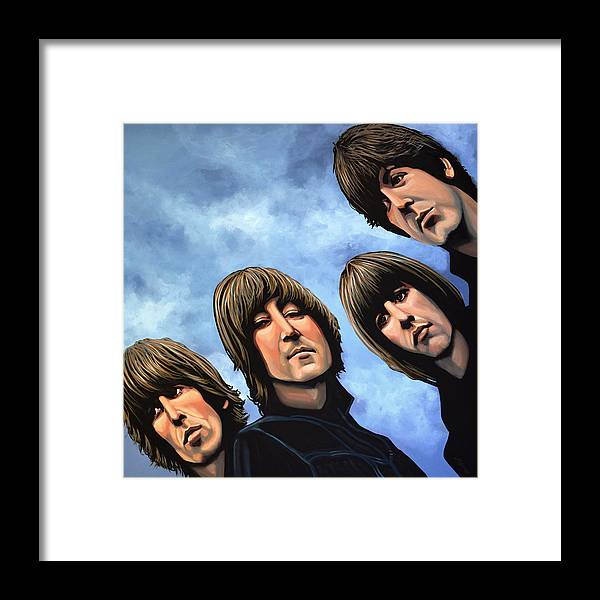 The Beatles Rubber Soul framed print by Paul Meijering.   Bring your print to life with hundreds of different frame and mat combinations. Our framed prints are assembled, packaged, and shipped by our expert framing staff and delivered "ready to hang" with pre-attached hanging wire, mounting hooks, and nails.

Realistic acrylic painting of the album Rubber Soul of The Beatles, painted by the Dutch fine artist Paul Meijering - The Original painting is 90 x... more

Congratulations your wonderful work is now featured on Artist Salon 1! Please add your work to our Discussion archive for features.

Thank you so much, Robyn, for all your support, compliment, and the feature in your fantastic group!!;-))

Thank you so much, Tonya, for all your support and the feature in your wonderful group!!;-))

This evokes memories of visiting this place many years ago. I can still see the swifts flying through the ruins.

Artist was very responsive to questions and her work was beautiful.

My Airbnb had this piece of art in their home and I fell in love with it! I knew I had to have it immediately. I'm so happy I found it :) It looks great in our bathroom!

I could not be happier with my purchase. Fine Art America is one of my very favorite online places to shop

We love the print so much but the frame is flimsy and doesn't do it justice. We will probably get reframed.

Realistic acrylic painting of the album Rubber Soul of The Beatles, painted by the Dutch fine artist Paul Meijering - The Original painting is 90 x 90 cm and SOLD The Beatles were an English rock band, formed in Liverpool in 1960. With members John Lennon, Paul McCartney, George Harrison and Ringo Starr, they became widely regarded as the foremost and most influential act of the rock era. Rooted in skiffle, beat, and 1950s rock and roll, the Beatles later experimented with several musical styles, ranging from pop ballads and Indian music to psychedelia and hard rock, often incorporating classical elements and unconventional recording techniques in innovative ways. In the early 1960s, their enormous popularity first emerged as "Beatlemania", but as the group's music grew in sophistication, led by primary songwriters Lennon and McCartney, they came to be perceived as an embodiment of the ideals shared by the counterculture of the 1960s.