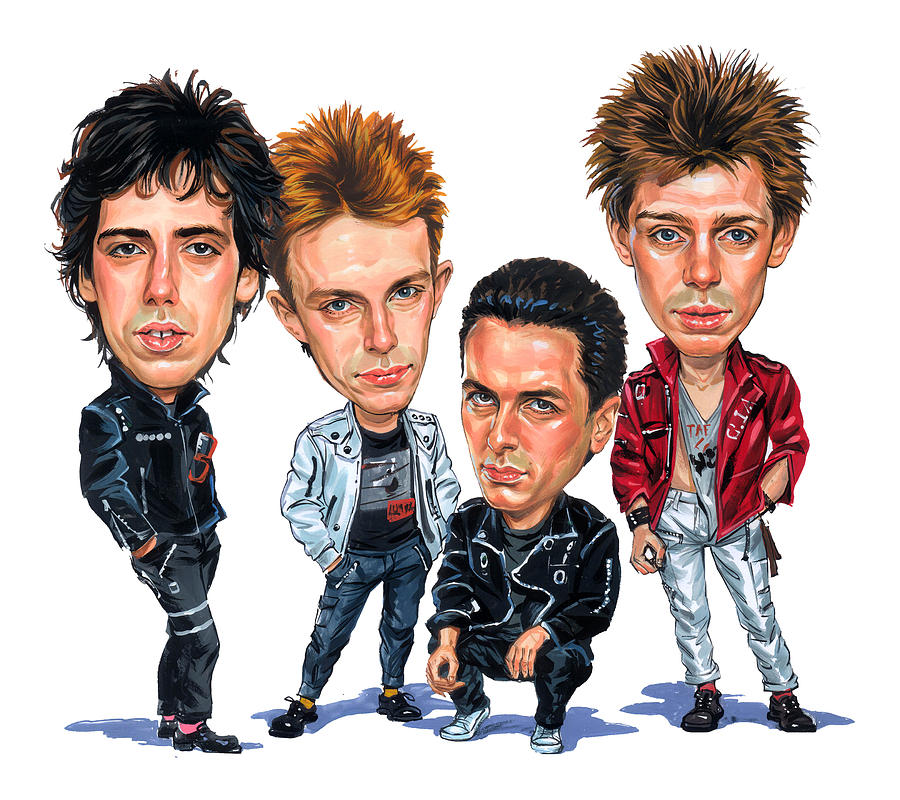 The Clash is a painting by Art which was uploaded on January 31st, 2013.

The Clash were an English punk rock band that formed in 1976 as part of the original wave of British punk. Along with punk, their music incorporated... more

The Clash were an English punk rock band that formed in 1976 as part of the original wave of British punk. Along with punk, their music incorporated elements of reggae, ska, dub, funk, rap, dance, and rockabilly. For most of their recording career, the Clash consisted of Joe Strummer (lead vocals, rhythm guitar), Mick Jones (lead guitar, vocals), Paul Simonon (bass guitar, vocals) and Nicky "Topper" Headon (drums, percussion). Headon left the group in 1982, and internal friction led to Jones's departure the following year. The group continued with new members, but finally disbanded in early 1986.
The Clash achieved commercial success in the United Kingdom with the release of their debut album, The Clash, in 1977. Their third album, London Calling, released in the UK in December 1979, brought them popularity in the United States when it came out there the following month. It was declared the best album of the 1980s a decade later by Rolling Stone magazine.
The Clash's politicised lyrics, musical experimentation and rebellious attitude had a far-reaching influence on rock, alternative rock in particular. They became widely referred to as "The Only Band That Matters", originally a promotional slogan introduced by the group's record label, CBS. In January 2003, the band including original drummer Terry Chimes were inducted into the Rock and Roll Hall of Fame. In 2004, Rolling Stone ranked the Clash number 28 on their list of the 100 greatest artists of all time. Source: Wikipedia.org

Awesome piece!! Congrats on your sale!

Cool image! Congrats on the sale!