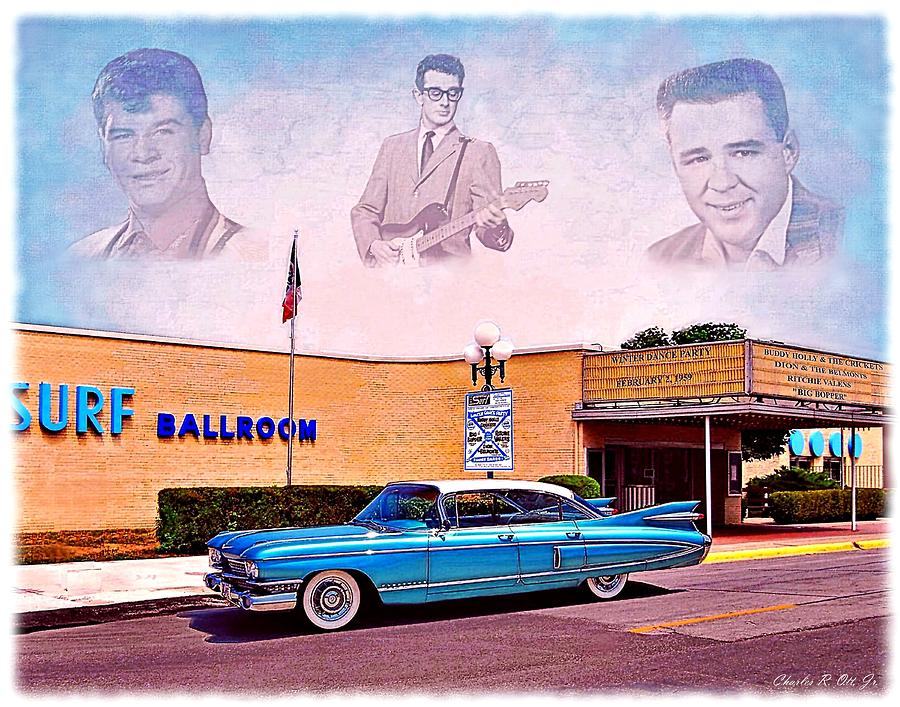 The Day the Music Died is a painting by Charles Ott which was uploaded on November 9th, 2013.

The Day the Music Died

The Day the Music Died

In January, 1959, Buddy Holly, Ritchie Valens, J.P. "The Big Bopper", Dion & the Belmonts, Frankie Sardo, Waylon Jennings, Tommy Allsup and Carl Bunch set out on a 24 day tour barnstorming the Midwest. It became the most infamous tour in rock-n-roll history. The tour was a complete catastrophe from the beginning. Shows zigzagged through several towns and states during one of the worst winters the Midwest had experienced in decades. The musicians crammed into a drafty bus to perform in small ballrooms and theatres. By the time the tour had come to the Surf Ballroom in Clear Lake, Iowa on February 2, 1959, Buddy Holly had enough and decided to charter a plane for himself, Allsup and Jennings for their next scheduled appearance in Fargo, North Dakota. At the last minute, Jennings gave up his seat to the "Big Bopper" who had the flu and Allsup lost his seat to Ritchie Valens with the flip of a coin. It was a night that burned bright with some of rock-n-roll's greatest songs and brightest stars, but would ultimately end in tragedy. Buddy Holly, Ritchie Valens, the "Big Bopper" and pilot, Roger Peterson were all killed when their plane crashed shortly after take-off from nearby Mason City Municipal Airport. That day was forever immortalized as "The Day the Music Died" written by Don McLean in his 1972 anthem "American Pie". For many, the tour and subsequent crash symbolically marked the end of a period of rock-n-roll, the innocence was forever lost.

Congrats on your sale, Charles, Fave!!