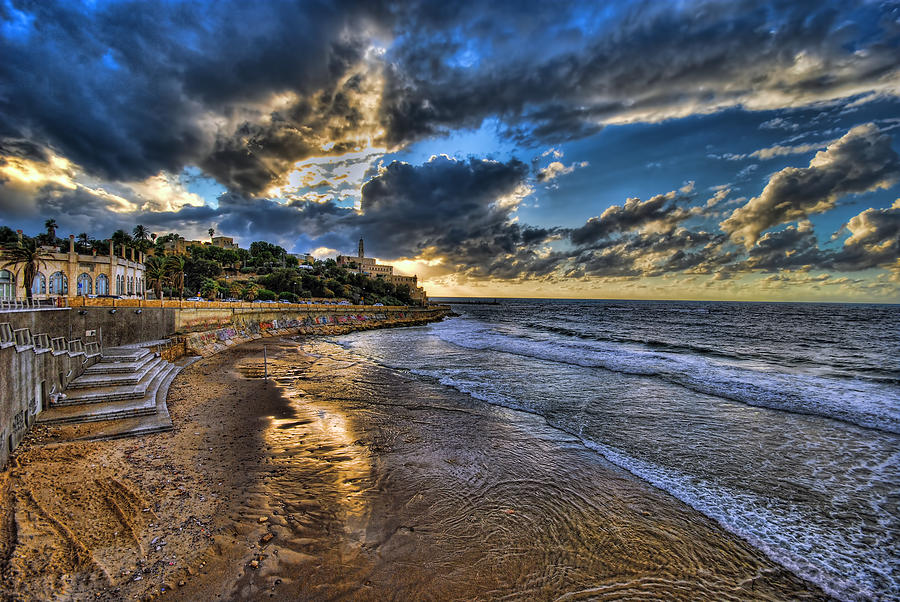 the golden hour during sunset at Israel is a photograph by Ronsho which was uploaded on June 17th, 2012.

the golden hour during sunset at Israel

the golden hour during sunset at Israel

The sunset had just started, the sea is calm, and the fluffy clouds are wrapping this meditative scene with a magical and dreamy atmosphere, painting a golden brown scene at the end of the day.

The old city is rising up from the sea like a fortress on a hill, facing and making its mark against the waves of the Mediterranean sea.

Through the history, Jaffa was always a very desired city and knew conquerors and rulers from all over the world. All realized the military importance of the area and each conquered it in order to gain control and approach to the Holy Land of Israel.

For centuries, the control of the area passed from one kingdom to another. Jaffa had been conquered more than than 20 times through this period of 3000 years. A very desired city eventually.

The old city of Jaffa is holding today numerous art galleries, the old port and a lighthouse, a beautiful garden on top of the hill, some cool restaurants and cafes.

Congratulations on your recent sale

Your work is incredible.

Ron, your Tel Aviv "Sunsets" are pure gold (much easier on the eyes than the hours before, when reflected sunlight off the sea can overload your retina); I admire your patience in waiting to capture this magical moment!

very strong composition and nice use of HDR

Wow Ron. You have a beautiful style in your work. Inspiring!

In the hour of long shadows. When the sunset turns the world gold. And happiness is all you feel. Because your soul is never old.. nice .

Amazing and so beautiful photo, Ronsho. Congrats on your sale ! f,v