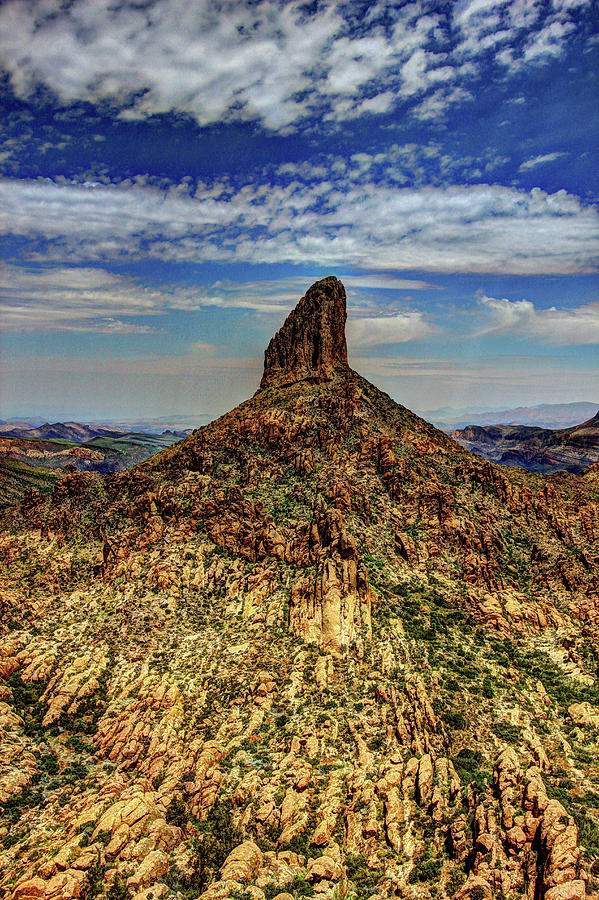 The Heart of the Desert is a photograph by Anthony Cadorin which was uploaded on November 21st, 2018.

The Heart of the Desert

At the time this photo was taken, I didn't know the significance that it would hold for me in later years and it's shown me something different every... more

The Heart of the Desert

At the time this photo was taken, I didn't know the significance that it would hold for me in later years and it's shown me something different every time I look at it. For one, I didn't notice the writing in the clouds when I took the picture nor when I first editted it (not added by me, that was there) which looks like "LOVE" at one angle and "OREO" at another. The writer in me wishes for the former, although the cookies are certainly a nice sweetness.

But hiking up to Fremont Saddle to see Weaver's Needle holds a special place for me because it's one of the few places I ever took my dad hiking. The uphill trudge required a few rests, but we made it, together with his friend Ron and my other friend and great photographer Brian and he always brought up the hike whenever I told him that I was going out exploring.

A few years after that hike, during some off time, I managed to sit down and read "Desert Solitaire" by Edward Abbey, which to my surprise, contained the following quote:

"Where is the heart of the desert? I used to think that somewhere in the American Southwest, impossible to say exactly where, all of these wonders which intrigue the spirit would converge on a climax - and resolution. Perhaps in the vicinity of Weaver's Needle in the Superstition Range; in the Funeral Mountains above Death Valley; in the Black Rock Desert of Nevada; among the astonishing monoliths of Monument Valley; in the depths of the Grand Canyon; somewhere along the White Rim under Grandview Point; in the heart of the land of Standing Rocks. Not so. I am convinced now that the desert has no heart, that it presents a riddle which has no answer, and that the riddle itself is an illusion, created by some limitation or exaggeration of the displaced human conscience."

Counter to Abbey, however, I believe that for everyone, the desert does have its own individual heart, and for me, it's at Weaver's Needle. Thanks for reading.