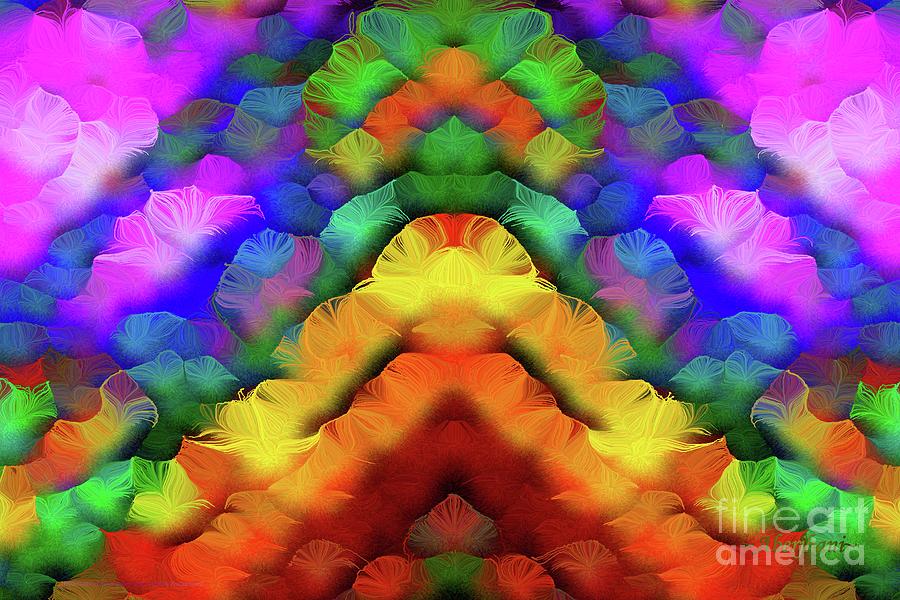 The Mountaintop Where Love Refused to Surrender to Hate is a piece of digital artwork by Aberjhani which was uploaded on December 26th, 2020.

The Mountaintop Where Love Refused to Surrender to Hate

“Well, I don't know what will happen now; we've got some difficult days ahead… I've been to the mountaintop. And I don't mind…”... more

The Mountaintop Where Love Refused to Surrender to Hate

“Well, I don't know what will happen now; we've got some difficult days ahead… I've been to the mountaintop. And I don't mind…”
--Martin Luther King, Jr. From Estate Collection, In Private Hands, NYC-4A & 4B

This Silk-Featherbrush Artstyle painting, titled “The Mountaintop Where Love Refused to Surrender to Hate,” is presented at this time of Kwanzaa 2020 in celebration of Dr. Martin Luther King Jr.’s teachings; and, in honor of people of different “races” in different lands who continue to strive for social harmony and equal justice. King’s vision of going “up to the mountain” and seeing “the promised land” is one of his most famous,” spoken just one day before he was slain on April 4, 1968. Rather than attempting a visual representation of what he saw, I chose to attempt one of what that might have felt like.

Dr. King’s timeless wisdom served Americans and diverse populations around the world very well in the year 2020 and likely will do the same in 2021. Black Lives Matter protests in 2020 against the still-increasing shooting deaths of African Americans at the hands of law enforcement officials, and self-appointed vigilantes, could easily have boiled over into worse violence than what we sometimes saw. Instead, both rioters and protesters committed to nonviolent conflict resolution drew motivation from Dr. King’s teachings.

People caught up in sudden bursts of rage recalled his words describing riots as “the language of the unheard.” Others repeated his observation that “"Injustice anywhere is a threat to justice everywhere. We are caught in an inescapable network of mutuality, tied in a single garment of destiny. Whatever affects one directly, affects all indirectly."

More than anything else, as weary as many have become, they still repeat his observation that “Nonviolence is absolute commitment to the way of love. Love is not emotional bash; it is not empty sentimentalism. It is the active outpouring of one's whole being into the being of another.”

Nice use of color and texture.

I appreciate that Stephen.

This is amazing! Beautiful, creative artwork!

Thank you very much Carol. Glad you enjoyed it.

Thank you Marcia. Appreciate your kind words very much.

I appreciate that every much Jerry. Thank you.

Thank you VIVA for your inspiring insightful comments. Always appreciate your shared perspective as well as your own considerable body of thought-provoking art.

Not just at Christmas, but, From The Mountain!!!!!

Wonderful, wonderful...This beautiful Art, your HEART, your Testimony to the Humanity of MLK !!! Kudos. Raising Awareness, let this be Heard! ...fv, VIVA