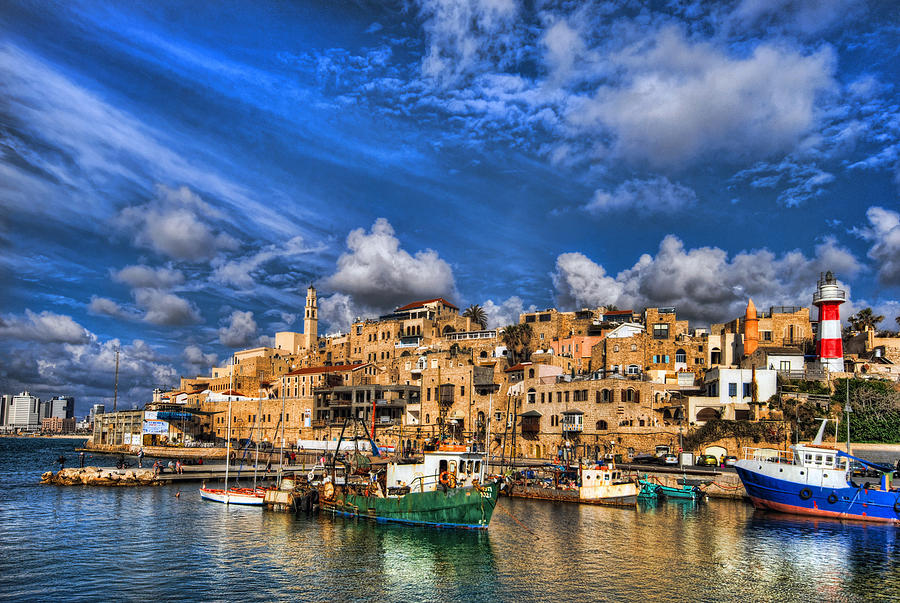 the old Jaffa port is a photograph by Ron Shoshani which was uploaded on January 10th, 2012.

The picturesque port of Jaffa, on the Mediterranean sea just south of Tel Aviv,is an ancient one, claims to be the oldest port in the world,... more

The picturesque port of Jaffa, on the Mediterranean sea just south of Tel Aviv,is an ancient one, claims to be the oldest port in the world, mentioned several times in the bible and its history is spanning over 3000 years.

Some 3000 years ago Jaffa served Egyptian and Phoenician sailors for construction of King Solomons Temple, for trade of cedars from Lebanon and as a port city for pilgrims heading to Jerusalem.

Through the history, Jaffa was always a very desired city and knew conquerors and rulers from all over the world. All realized the military importance of the area and each conquered it in order to gain control and approach to the Holy Land of Israel.

For centuries, the control of the area passed from one kingdom to another. Jaffa had been conquered more than than 20 times - by the Egyptians, Phoenicians, Babylonians, Philistines, Assyrians, Maccabees, Seleucids, Persians, Greeks, Romans, Crusaders, Mongols, Mamluks, Ottomans, French and British.

Jaffa surrendered to King Richard the Lionheart on 1191, to the Ottomans at 1515, to Napoleon of France at 1799, and to the British led by general Edmund Allenby who conquered Jaffa in November 1917.

The old city is today is as it was then, rising up from the sea like a fortress on a hill, facing and making its mark against the waves of the Mediterranean sea. Through the years Jaffa was renowned for its oranges but not anymore.

The port is still functional as a small fishing port, and currently serves as a recreational zone featuring cool restaurants, cafes and art galleries.

The cityscape is wonderful! v/f

F/V This is AMAZING and your Portfolio is as well. Congratulations! Your piece has been chosen to be included in Amazing Art & Photography on Facebook. To view your image and LIKE US go to https://www.facebook.com/pages/Amazing-Art-Photography/132225846968883?ref=hl

Congratulations on your sale Ron.

thank you for your so kind feedback, appreciated !

Congratulations on your sale. Wonderful image.

Congratulations on the sale of this wonderful work!

thank you for your so kind feedback, appreciated !

Great image, congrats on your sale!

Congratulations on your sale Ron. A wonderful capture.