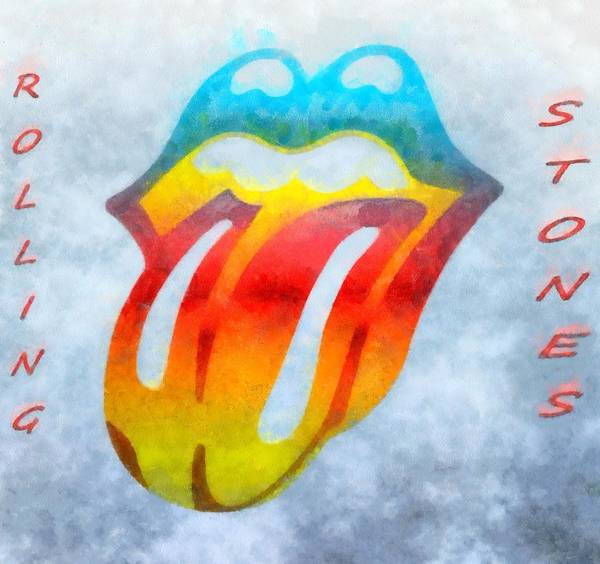 The Rolling Stones poster by Dan Sproul.   Our posters are produced on acid-free papers using archival inks to guarantee that they last a lifetime without fading or loss of color. All posters include a 1" white border around the image to allow for future framing and matting, if desired.

Arrived fast and in perfect condition. Will be sending to company that will be making a paint by number from it, then will have both framed. Great job! Thanks!

Piper is so talented and I love her poetry and drawings. Thank you for being a efficient site. Pipet is so sexy in her poetry and att. I think I am in love with her 💖

We absolutely love the way this print turned out. Perfect with our decor. We had it matted and framed by a professional in town, and was even more stunning. Would definitely order more from this artist.

The Rolling Stones are an English rock band formed in London in 1962. The first settled line-up consisted of Brian Jones (guitar, harmonica), Ian Stewart (piano), Mick Jagger (lead vocals, harmonica), Keith Richards (guitar), Bill Wyman (bass) and Charlie Watts (drums). Jones left the band less than a month prior to his death in 1969, having already been replaced by Mick Taylor, who left in 1975. Since then Ronnie Wood has been on guitar in tandem with Richards. Following Wyman's departure in 1993, Darryl Jones has been the main bassist. Stewart was removed from the official line-up in 1963 but continued as occasional pianist until his death in 1985. Other notable keyboardists for the band have included Nicky Hopkins, active from 1967 to 1982; and Chuck Leavell, active since 1982. The band was first led by Jones, but after teaming as the band's songwriters, Jagger and Richards assumed de facto leadership.

All posters ship from our production facility within 8 - 10 business days of your order.