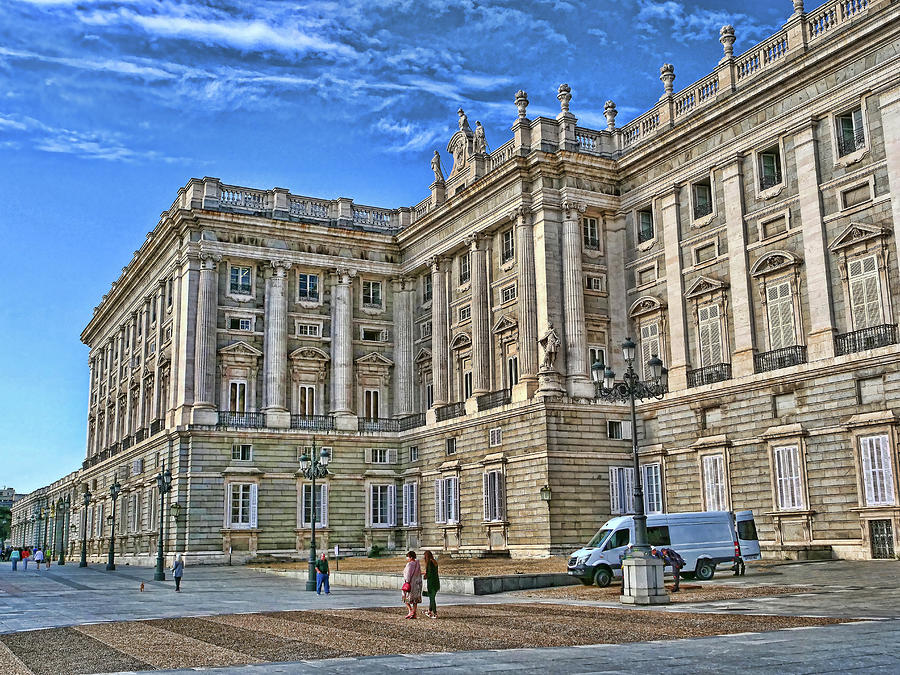 The Royal Palace # 2 - Madrid is a photograph by Allen Beatty which was uploaded on October 8th, 2019.

The Royal Palace (Palacio Real in Spanish) is not the official residence of his Majesty the King of Spain, but rather where state ceremonies,... more

The Royal Palace (Palacio Real in Spanish) is not the official residence of his Majesty the King of Spain, but rather where state ceremonies, official banquets and other state functions take place. The King lives in Zarzuela Palace, which is just outside of Madrid.
It is sometimes incorrectly referred to in Spanish as "Palacio de Oriente" due to its close proximity to the "Plaza de Oriente" square, which is on the east (Oriental) side of the palace.
The origin of the palace dates back to the ninth century when the Muslim kingdom of Toledo built a defense that was later used by the kings of Castile, who, during the 16th century, built the former Alcázar castle.
The current Royal Palace, was built on the site of the old Alcázar which was destroyed by fire on Christmas Eve 1734. King Felipe V decided to build a palace for his Borbon dynasty. The Italian Filippo Juvara was selected to design the new palace and his plans were to create a grand palace along the lines of France's Versailles. All construction was vaulted in stone and brick, not wood, so that any fire could not destroy it.