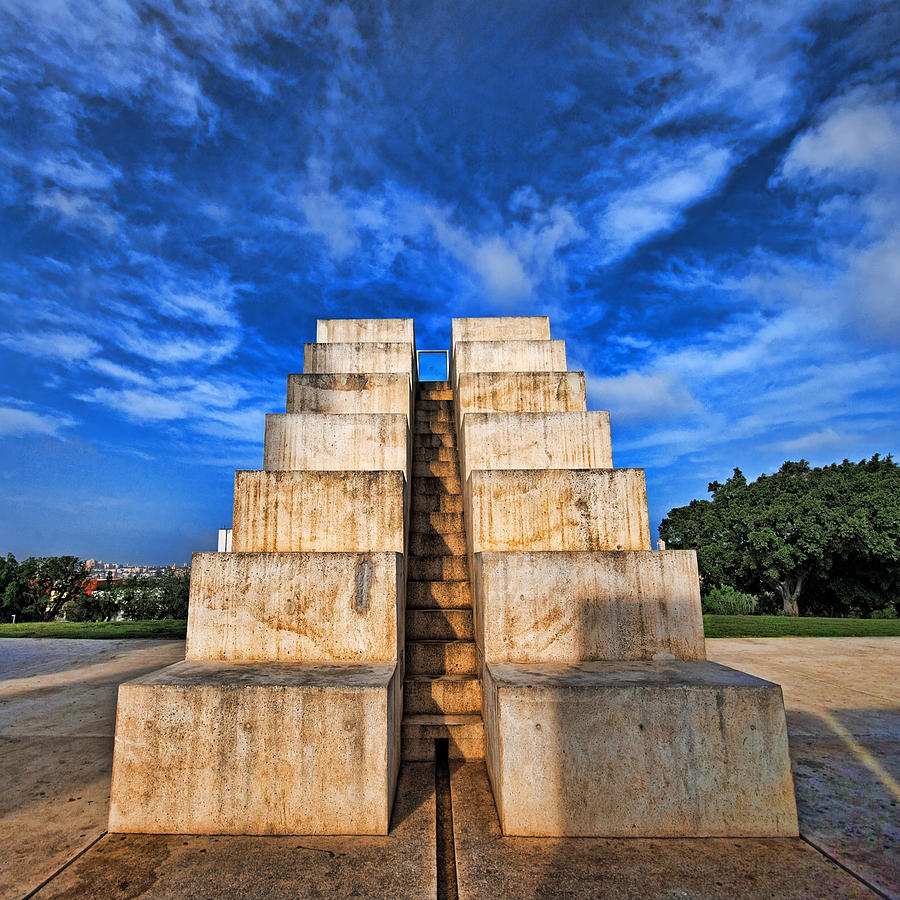 The white city is a photograph by Ron Shoshani which was uploaded on December 3rd, 2012.

The white city is a part of the Wolfson park, and these stairways leave a lot to the imagination.... more

The white city is a part of the Wolfson park, and these stairways leave a lot to the imagination.

The term "White City" usually relates to Tel Aviv's modern international style buildings that encouraged their restoration and the inscription of the "white city" as a UNESCO World Heritage Site.

The city of Tel Aviv is an open air museum exhibiting an impressive display of international style buildings and Bauhaus architecture.

Tel Aviv was founded in 1909 by a group of 66 jewish residents of Jaffa. They envisaged a European style garden suburb, with wide streets and boulevards.

As a modern metropolis Tel Aviv dates back only to 1909 but the city has around 20 museums, and hosts the Israeli Philharmonic Orchestra and the Israeli Opera company, as well as most of the national dance and theater companies.

Tel Aviv is today he cultural and business hub of Israel and is an active city with lively entertainment, culture, art, fashion events, movie theaters, shopping malls, food festivals, a variety of cuisines and an attractive nightlife scene.