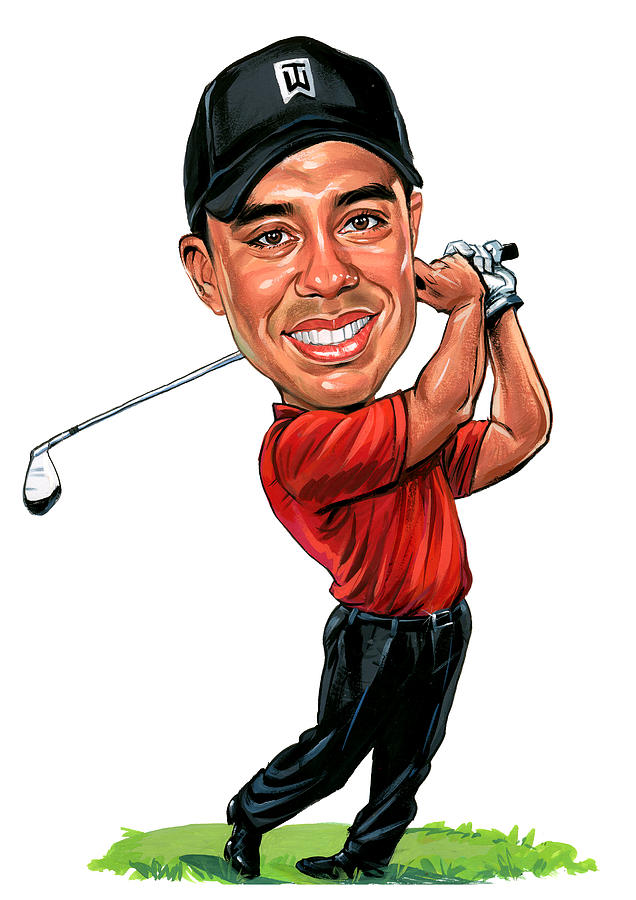 Tiger Woods is a painting by Art which was uploaded on January 10th, 2011.

Eldrick Tont Tiger Woods (born December 30, 1975) is an American professional golfer whose achievements to date rank him among the most successful... more

Eldrick Tont "Tiger" Woods (born December 30, 1975) is an American professional golfer whose achievements to date rank him among the most successful golfers of all time. Formerly the World No. 1, he is the highest-paid professional athlete in the world, having earned an estimated US$90.5 million from winnings and endorsements in 2010.
Woods has won 14 professional major golf championships, the second highest of any male player (Jack Nicklaus leads with 18), and 71 PGA Tour events, third all time behind Sam Snead and Nicklaus. He has more career major wins and career PGA Tour wins than any other active golfer does. He is the youngest player to achieve the career Grand Slam, and the youngest and fastest to win 50 tournaments on tour. Additionally, Woods is only the second golfer, after Jack Nicklaus, to have achieved a career Grand Slam three times. Woods has won 16 World Golf Championships, and won at least one of those events in each of the first 11 years after they began in 1999.
Woods held the number one position in the world rankings for the most consecutive weeks and for the greatest total number of weeks of any other golfer. He has been awarded PGA Player of the Year a record ten times, the Byron Nelson Award for lowest adjusted scoring average a record eight times, and has the record of leading the money list in nine different seasons.
From December 2009 to early April 2010, Woods took leave from professional golf to focus on his marriage after he admitted infidelity. His multiple infidelities were revealed by several different women, through many worldwide media sources.
In October 2010, Woods lost the world number one ranking; his ranking gradually fell to a low of #58 in November 2011. He snapped a career-long winless streak of 107 weeks when he captured the Chevron World Challenge in December 2011. Source: Wikipedia.org

Congratulations on your sale of this wonderful painting!